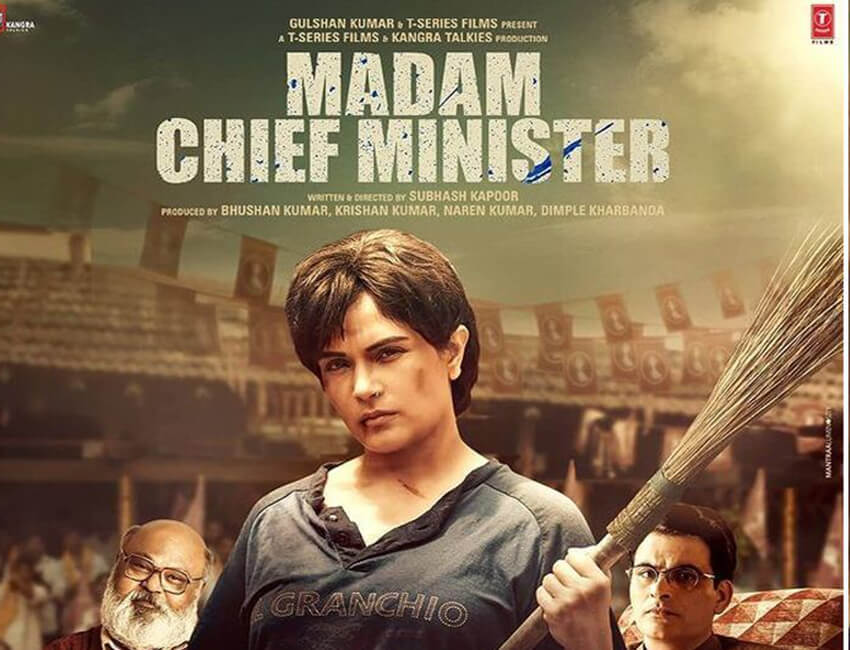 Richa Chadha is all set to regale the audience as she packs in a robust performance in her upcoming film Madam Chief Minister. As seen in the film’s trailer that went live this morning, Richa plays a young politician who climbs up the political ladder. The actress has visibly transformed as she physically and emotionally sinks her teeth in the boisterous part in which Richa shines with her sharp act. The sturdy ensemble around her comprises Saurabh Shukla, Manav Kaul and Akshaye Oberoi.

Also Watch:- #MadamChiefMinister knows how to do it! Trailer out tomorrow! Movie releasing on 22nd January! Stay tuned!

A fictionalised tale of power dynamics at grassroot level, the film traces Richa’s on screen character’s rise to power in a dogmatic male dominated set up.