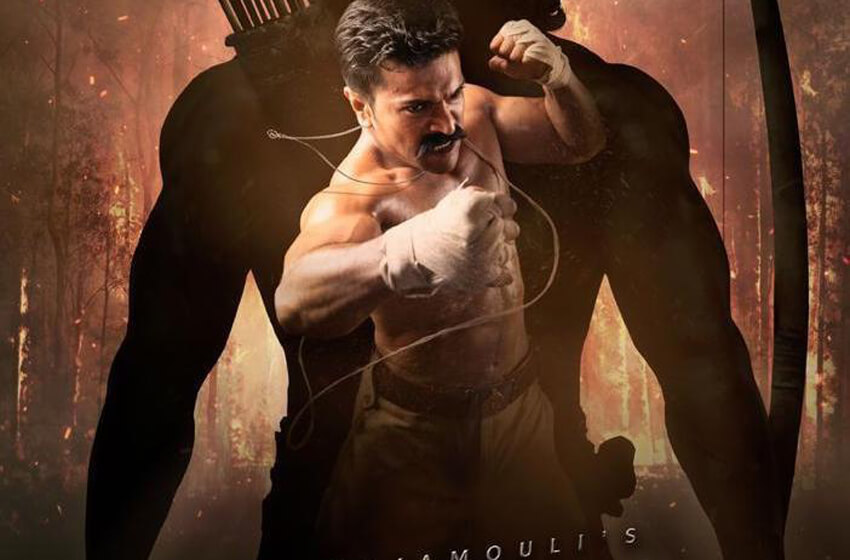 Known for his magnificent and opulent dramas, SS Rajamouli is back with yet another magnum opus – RRR – a teaser of which hit the digital platforms yesterday. A fresh promo introducing Junior NTR’s character ‘Bheem’ from the period saga was unveiled but the biggest highlight in it turned out to be superstar Ram Charan’s voiceover.

Ram Charan’s rich baritone voice has always set him apart from his contemporaries and upon the release of the one and half minute promo, he was at the receiving end of terrific applause from the viewers. Powerful and strong, Ram Charan’s voice compliments the visuals of the teaser beautifully. Also, such fine Hindi diction is a big revelation.

While not many South stars can boast of their Hindi diction, Ram Charan aces the dialogues of the big-ticket extravaganza in the language with absolute ease and finesse. Ram Charan who dubbed for the Hindi promo himself, made a huge impact in the character introduction and his strong command over the language, coupled with his powerful voice had everyone raving. This is also the first time Ram Charan has dubbed for his own voice in Hindi and it’s his voiceover that gives the South biggie a pan-India appeal of sorts.

His superstardom down South in the Telugu industry is non-debatable, but the reactions to the impressive teaser prove that his voice adds weightage and power to the promo, much like his on-screen persona. We just can’t wait to watch the blockbuster film in theatres!