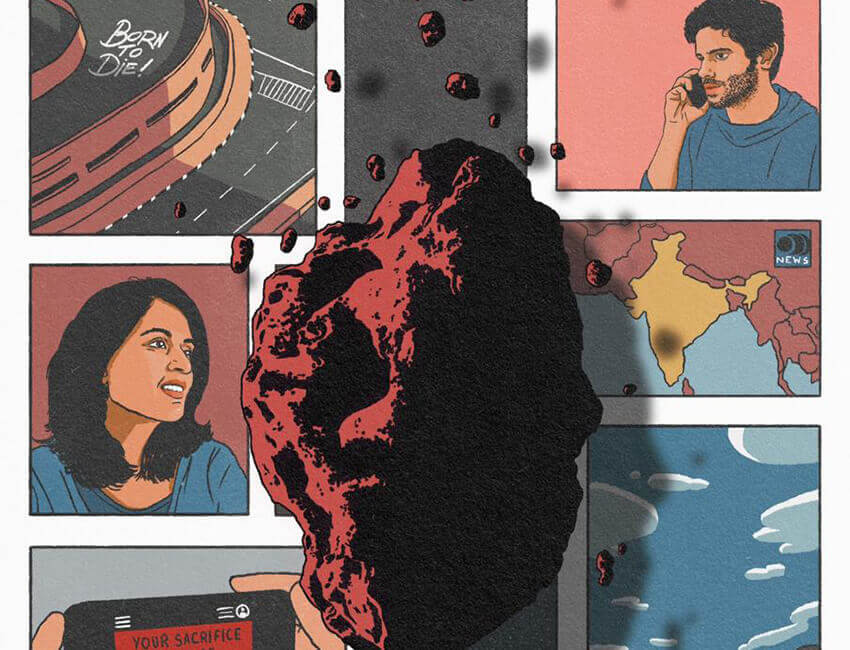 Richa Chadha and director Arati Kadav are soon to collaborate for their first project together. The director known for her marvellous works in the ace fi space, with her film Cargo which released on Netflix earning rave reviews is a subtle master in her own right at the genre.

This new project shot from home during the lockdown stars Richa Chadha and Mrinal Dutt. The story is about, seconds before a meteor hits Earth, an awkward man confesses his love to his college crush on a farewell call with his school friends. But when the impact calculations turn out to be off by a few minutes, he still has time to have a last conversation with her before the World ends.

The film uses a unique sci ci concept mixed with human connect and emotions said in this 20 minutes short. The film is set to release on Amazon Prime Video US and UK, and is expected to release in India soon.

Richa said, “Arati has a strongly unique imagination and a point of view which is what makes her a great director to collaborate with. Science fiction for me has always been a point of intrigue as a genre. And the realm of it meeting the idea of apocalypse is very exciting. The project was a great experiment to be part of during the lockdown as the story is smartly woven into the narrative of a virtual shoot”.

Arati Kadav adds, “55 km/sec was a film we wrote during the pandemic, during the initial complete lockdown. The idea was to cheer ourselves up during that phase but we actually ended up having lots of fun. It was also a warm humbling and unifying experience to work with so many people from so many cities, and as a director to work with so many restrictions. For me, the real stars were the actors esp Richa Chadda and Mrinal who at times were doubling up as their own stylists, production designers, camera person and were doing the hard job of acting and keeping the spirits of the team high and later even doing the data transfer.

And though it is a sci-fi story about a meteor hurling towards us, for me this story or process was about finding real connections despite the uncertainties and complexities in the world. It was a way to touch on all that was going on, to recognise the beauty in all that we have, and I truly hope, as 2020 ends, we all find ways to embrace this warmth, love and simplicity in our lives and relationships”.