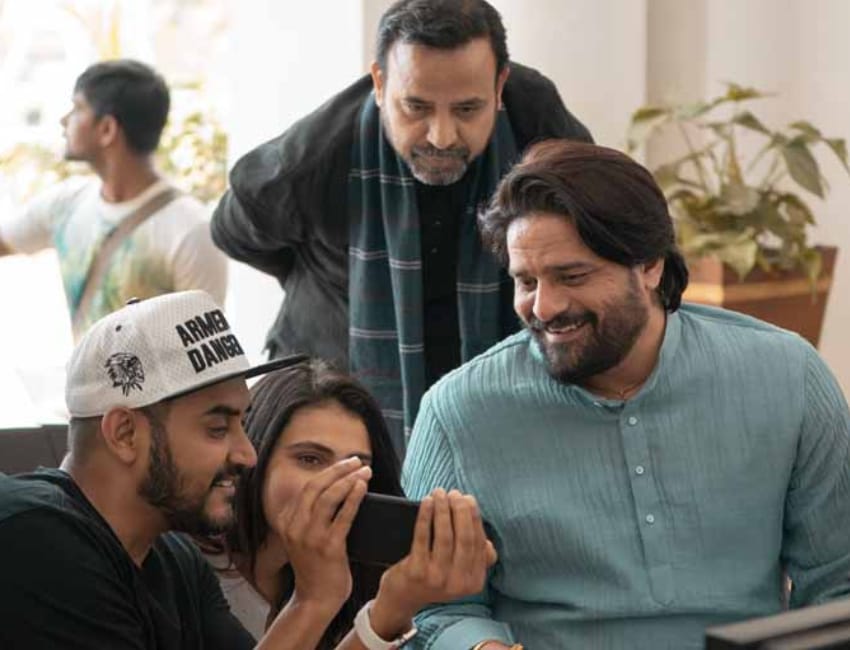 Jaideep Ahlawat is known for his tough-guy personas, strong personality and intense characters that he pulls off with ease. However, even for a tough guy like him, his first reaction upon hearing the script of his latest film on Netflix – Ajeeb Daastaans – was TERROR! Shocking but true! Jaideep plays the role of Babloo, a thuggish political leader, who thrives on exercising power and vengeance. He is extremely possessive towards his wife but not out of love. But why did this character and the film Majnu scare him?

Talking about his first reaction on reading the script of Majnu, Jaideep said, “I thought the story was complicated and I was scared as it was an extremely challenging role, unlike anything I have done before. I remember when Shashank handed over the script for me to read – I took nearly two days to finish reading the material and then I spoke to him about what he thought of the character to gain more clarity as I still wasn’t sure. Babloo’s character is a thug but is totally confined within himself and that makes him very complicated, not easy to read. The challenge is what made me eventually take it up and play it to the best of my ability.”

Jaideep stars alongside Fatima Sana Shaikh and Armaan Rahlan in Shashank Khaitan’s film titled Majnu which is the story of a young couple who are caught in a battle of affection. However, this battle is not with each other, but with the new young male employee.

Not To Miss:- SHARDHA KAPOOR CELEBRITING HER PET DOG’S BIRTHDAY …!!