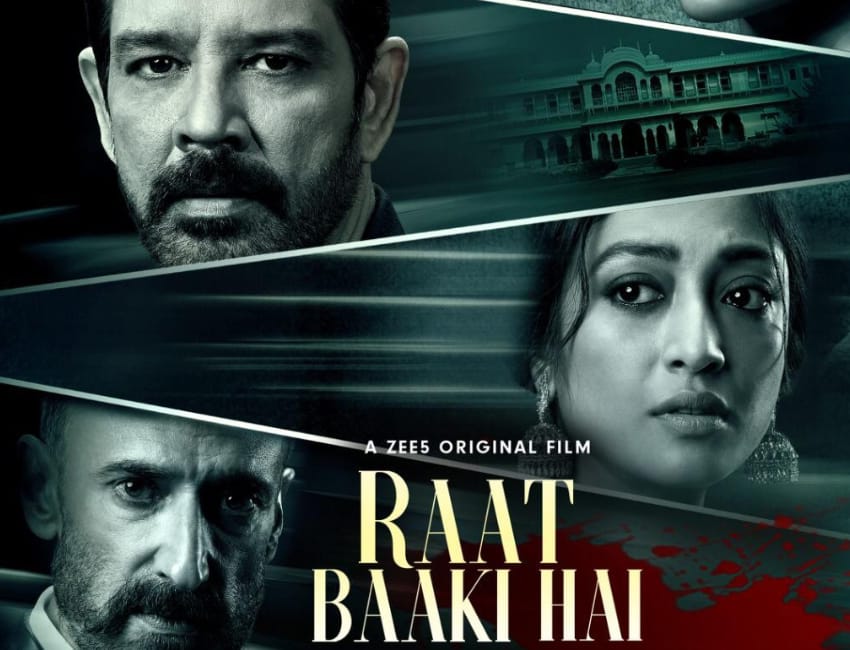 ZEE5’s upcoming original film Raat Baaki Hai, starring Annup Sonii, Paoli Dam, Rahul Dev, Dipannita Sharma and Saurabh Sachdeva in pivotal roles, is a murder mystery that will premiere on 16th April 2021. The makers of the film have just released the trailer and after watching it we can say that it is definitely going to keep us at the edge of our seats.

Also Read :- EKTA KAPOOR OPENS UP ABOUT THE POSSIBILITY OF ‘THE MARRIED WOMAN’ SEASON 2!

The trailer introduces the central characters of the film – Kartik, Vasuki, and Vaani and investigator Ahalawat to the audience. Now after the trailer, one thing is clear that one of the main characters has been murdered and Annup Sonii’s character, Kartik is on the top of his suspect list. However, as the case proceeds further, Rahul Dev’s character realizes that apart from the murder, a big picture lays ahead. This change of narrative will eventually intrigue the viewers.

Director Avinash Das has weaved the story of Raat Baaki Hai around the themes of love, deceit, and revenge. In the spotlight of the film are two estranged lovers Kartik and Vasuki who meet after a long time. Well, a series of strange events bring them together. While Kartik becomes a prime suspect in his wife’s murder, the film further unfolds with unexpected twists and turns.

Not To Miss :-KARANVEER BOHRA IS BACK WITH HIS FUNNY VIDEO..!!

Raat Baaki Hai is an upcoming murder-mystery film that promises to be another gripping ZEE5 thriller. An official adaptation of the popular play Ballygunge-1990 by Atul Satya Koushik.

Directed by Avinash Das, produced by Samar Khan of Juggernaut Productions and co-produced by Pictionary Playyerss, Raat Baaki Hai is set to premiere on 16th April, on ZEE5.