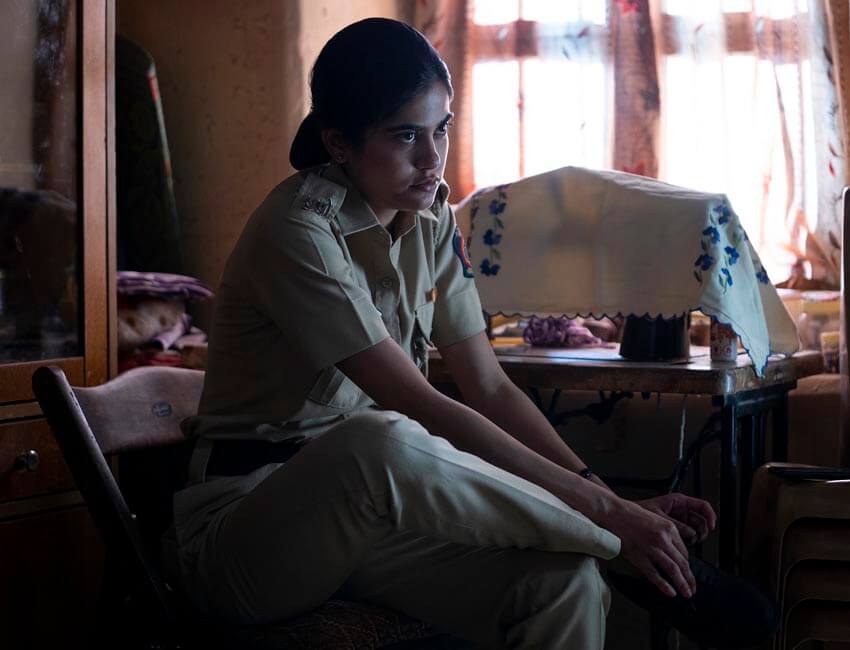 In Netflix’s upcoming show – She, Aaditi doubles up as a female constable and an undercover prostitute

Breaking stereotypes and showcasing a gripping and thrilling story is Netflix’s upcoming series, She written by Imtiaz Ali and directed by Arif Ali and Avinash Das. She is the story of a female constable, Bhumika Pardesi, played by Aaditi Pohankar, who goes undercover to bring down a drug cartel.

In order to catch Sasya, one of the members of the drug cartel, Bhumika takes to the streets of Mumbai as a lady of the night, exploiting Sasya’s only weakness – women. Over the course of this undercover operation, Aaditi Pohankar’s transformation from a female constable to a prostitute is one of the few things that will keep the viewers on the edge of their seats.

Talking about how she got into the skin of the character, Aaditi said, “I believe switching characters in the same film or show is the biggest challenge an artist faces. For me, starting off as that timid and under-confident cop was tough, because that is not the kind of person I am. Then when my character transcends into being a prostitute for the undercover operation, my traits shift completely. Everything from my outfit, to my walk, to my posture, and even the way I talk had to change. It was a journey for me as a whole, transforming Bhumika from that shaky, low on self-esteem female cop to a lady who discovers the power she has and isn’t afraid to use it.”

She is the story of a police constable, Bhumika Pardesi who gets thrown at the deep end of an undercover operation of the police in the volatile underbelly of Mumbai and is forced to depend on her survival skills to tread the knife’s edge. It is in the midst of this set-up that she breaks free of societal norms, childhood pre-conditioning and her personal sense of failure to discover the adventures of womanhood. She is a fast-paced thriller telling a woman’s story of belated sexual awakening and subsequent self-empowerment.