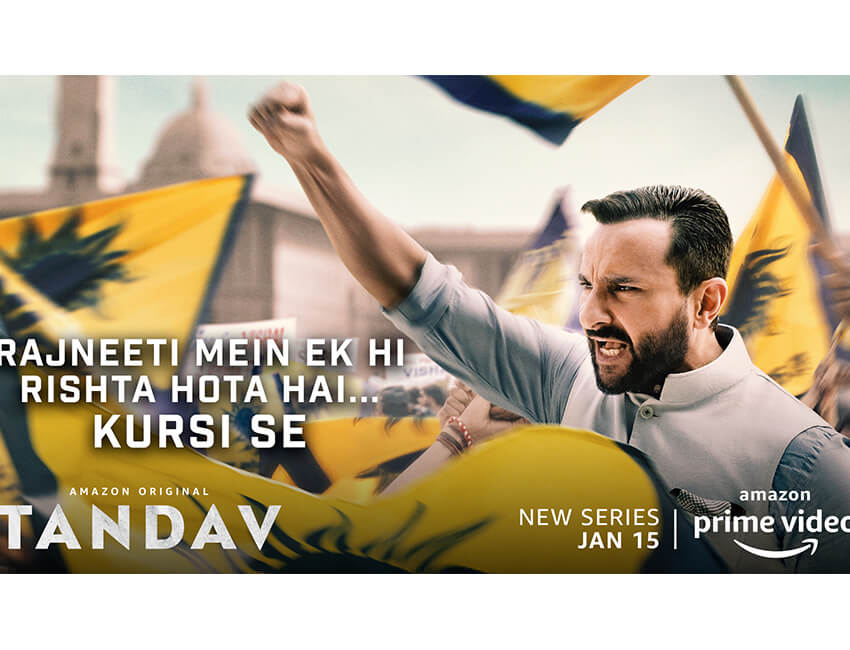 After creating a storm with its first teaser, the Amazon Original series Tandav is all set to introduce us to the phenomenal cast of this riveting political drama. Amazon Prime Video today unveiled some exceptional character looks of the ensemble including Saif Ali Khan as Samar Pratap Singh, Dimple Kapadia as Anuradha Kishore, Sunil Grover as Gurpal Chauhan, Mohd. Zeeshan Ayyub as Shiva Shekhar and Kritika Kamra as Sana Mir.

Never seen before in such a staggering avatar, the posters truly uncover the powerful roles that every character entails in the upcoming gripping story. The 9-episode series marks the creator and director Ali Abbas Zafar’s exciting debut in the digital streaming world and will rest assured leave the audience astounded.

A post shared by amazon prime video IN (@primevideoin)

Set in the capital city of the world’s largest democracy, Tandav will take viewers inside the closed, chaotic corridors of power and uncover the manipulations, charades as well as the dark secrets of people who will go to any lengths in pursuit of power. The series will be available for Prime members in India and in more than 200 countries and territories from January 15th onwards.