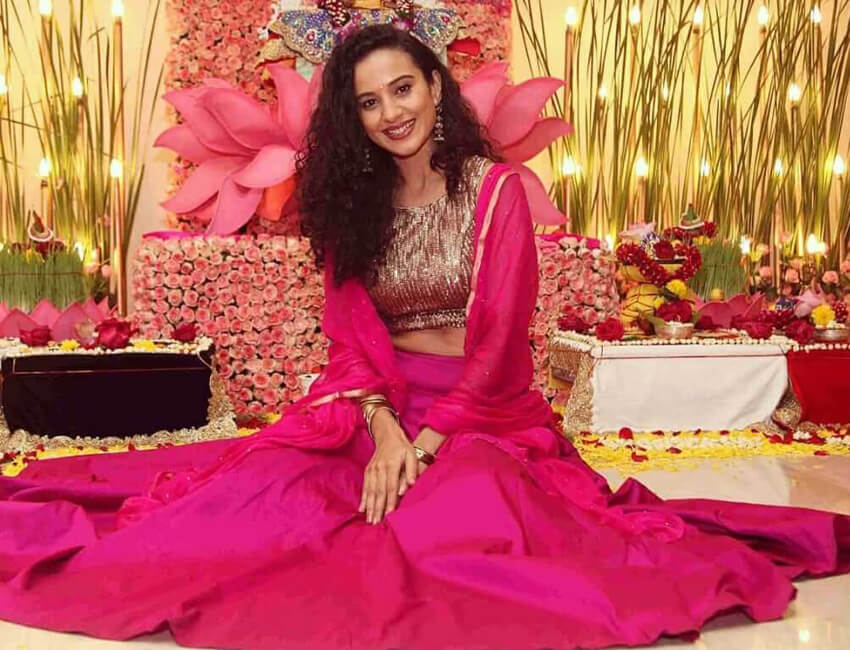 Wanting to be an actor comes from a source of inspiration. Shah Rukh Khan is the King of Bollywood has motivated youngsters around the world with his illustrious career. One such example is Heena Parmar who plays the role of Payal Sharma in Dangal TV’s Aye Mere Humsafar.

Speaking about her admiration and love for the actor she says, “I am a big fan of Shah Rukh Khan since childhood and wanted to meet him since I was in school. I took the Air-Hostess training due to this reason. When I was selected, in the first briefing itself they said that you will get to meet many celebrities so I thought it was very easy as after the training I will get to meet Shah Rukh Khan. When I was working at the Mumbai airport, I got the opportunity to see him from far away. I also had the thought of becoming a designer so that I can design his clothes and meet him.”.

It is when Heena was an air hostess, a producer duo noticed her and called her in for an audition. And that’s how her journey of becoming an actor started. Now, Heena doesn’t just want to meet Shahrukh but also wants to work with him.
It seems that she is indeed one of the ‘Jabra’ fans of Shah Rukh Khan. We hope her dreams of meeting and working with him come true.