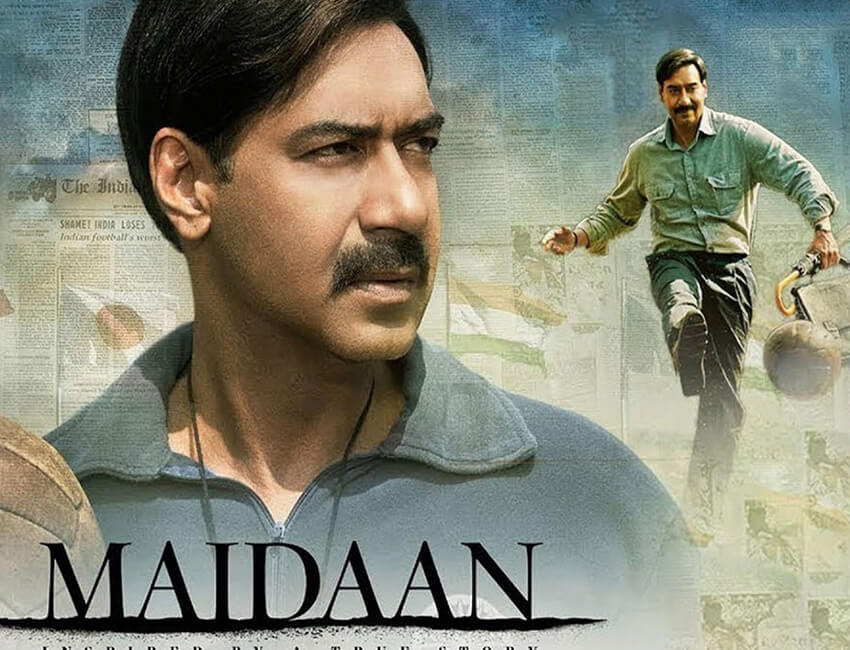 Maidaan is an upcoming Indian Hindi-language biographical sports film based on the golden era of Indian football (1952–62) and starring Ajay Devgn as football coach Syed Abdul Rahim. Maidaan is directed by Amit Sharma and produced by Zee Studios in collaboration with Bayview Projects LLP.  Shooting commenced on 19 August 2019, and the film which has been shot in Mumbai, Kolkata, Lucknow and Hyderabad releases worldwide in cinemas on Dussehra 2021, in Hindi, Tamil, Telugu and Malayalam languages, thus becoming Devgn’s first Pan India acting venture.
Keerthy Suresh was initially planned to appear in the film, but producers felt she looked too young to play the motherly role she was asked to portray, so they recast her with Priyamani.

Maidaan starring Ajay Devgn is a celebration of the biggest sport Football! It’s a story of change & self-belief.

The film has been inspired by an incredible true story. A story of one of the finest Coaches that emerged from India, the one who put India on the world map.