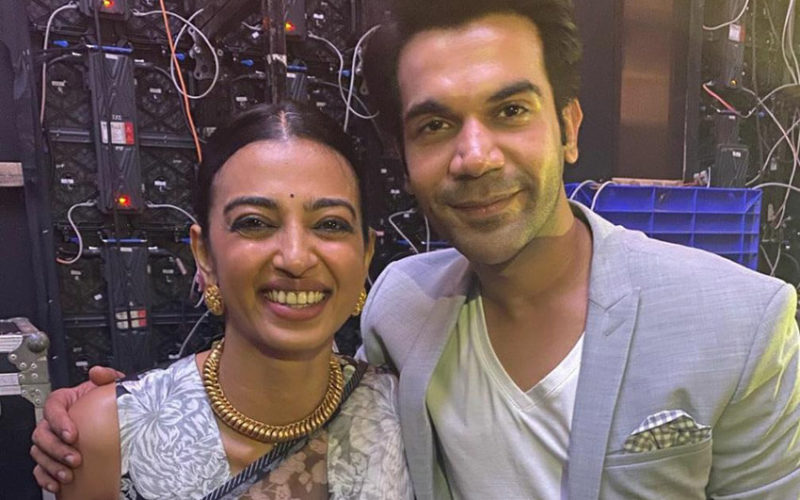 Radhika Apte and Rajkummar Rao are the two rising stars of Bollywood and recently, the two were spotted together at an event where a picture of them went viral over the social media and the pair is the one to look out for!

Everyone laid their eyes on the picture and can’t stop gushing over how adorable the two look together. Radhika was seen wearing a blend of haute couture and draped in utter elegance while Rajkummar Rao was fully suited and looked every bit dapper. On social media, the fans have flooded the comments section with a hope to see them together. But what if these two talents actually come together on screen? Well, for now, we can just hope to see them together and are rooting for the same, fingers crossed!

ALSO READ: Radhika Apte talks about the difference between Indian and International film-making

These two powerhouses of talent are known for their spectacular performances. They look pretty together and we are waiting to see them sharing the same screen. The good news for fans is that Radhika Apte will be soon seen essaying the role of a Spy. Based on real incidents from World War II, this film will see the Andhadhun star playing the role of Noor Inayat Khan aka Nora Baker the first-ever female wireless operator to parachute into Nazi-occupied France to help the French resistance.

Adding to this, Radhika Apte will be next seen in the film ‘Raat Akeli Hai’ alongside Nawazuddin Siddiqui for which the actress has already finished the first schedule shoot in Lucknow and it will surely be a treat for the fans to look out for the duo to create new records with their onscreen presence.