Prabhas confirmed to play the lead in Hombale Films’ next ‘SALAAR’, Directed by Prashanth Neel 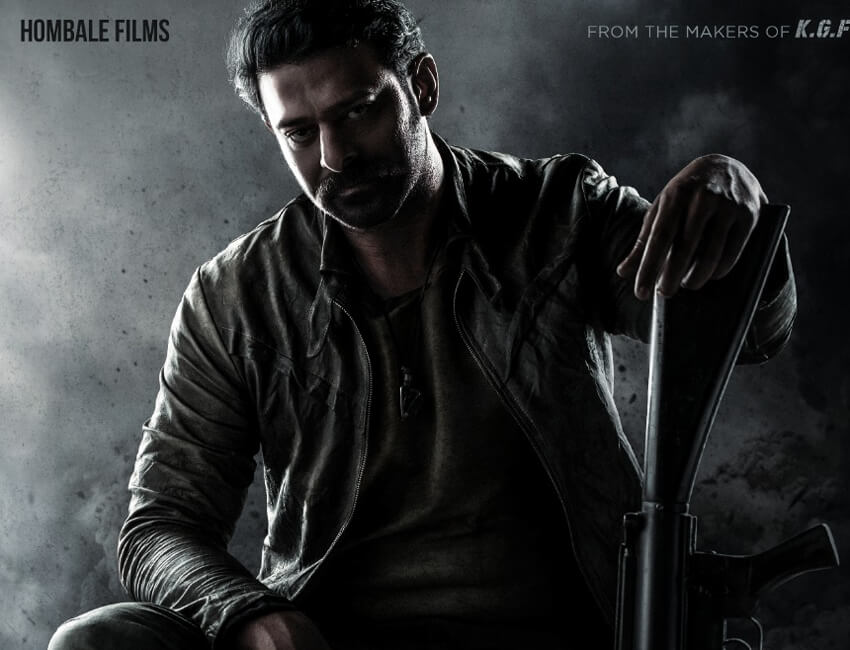 The wait is finally over as Hombale Films have finally unveiled the title of their much-awaited next. Produced by Vijay Kiragandur and directed by ace filmmaker Prashanth Neel, the film features Pan-Indian superstar Prabhas in the lead. Unleashing his dark side in the highly anticipated project, the actor will be portraying a violent character, which is expected to leave cine lovers amazed.

An underworld action thriller, ‘SALAAR‘ is already being touted as the biggest release of 2021. It was soon after the makers shared the official poster of the film, fans of Prabhas shared their excitement and send in good wishes for the same.

It was just recently when the production house had made the official announcement and revealed this to be a wholesome ‘Indian Film’ catering to audiences Pan-India. Hombale Films have earlier entertained us with super-hits like ‘Raajakumara‘, ‘KGF‘ and now with the three cinema geniuses- Hombale Films, Prashanth Neel, and Prabhas coming together for this Magnum Opus, we can expect nothing but a blockbuster.

Inspired by Vijay’s and Prashanth’s school of cinema, the much-awaited actioner is expected to be unlike any other film ever being made before. According to insiders, the makers were in talks with Prabhas for this special collaboration for a long time.

Sharing his excitement about the project, the film’s producer, Mr. Vijay Kiragandur said, “At Hombale Films, we have always aimed at providing a larger than life cinematic experience to our audiences. This is very special for us and is really happy to collaborate with Prashanth Neel and Prabhas for this. They’re both so good at what they do and we can’t wait to begin the shoot soon. I’m hopeful that the audiences will continue to give us some amount of love.”

Also Read:- All that you need to know about how Superstar Prabhas got a fictional city for ‘Saaho’. Find out!

Director Prashanth Neel also opened up about the same and shared, “I’m extremely thrilled to join hands with Mr. Vijay Kiragandur and our very talented Prabhas. We were in talks for quite some time about the project and now when it’s finally happening, we are all geared up to present one of a kind actioner to our audiences. They are definitely going to see Prabhas in a never seen before avatar, which is confident cinema fans will love. Hombale Films have always backed solid stories and given blockbusters like KGF and Raajakumara, hence this is going to be bigger than anyone has ever seen. I’m really honoured to be directing the film.”

In addition to this, a man of the hour Prabhas further stated, “I’ve always wanted to work with Hombale Films and having Prashanth Neel as the director for our film, I don’t think there can be a better and more exciting opportunity for me as an actor. This is a very exciting film and my character is extremely violent, so this is something I haven’t really done before. It’s a Pan-Indian film and I can’t wait to be on the sets already.”

Being hailed as the biggest release of 2021, the film is expected to go on floors next year. We sure can’t wait!