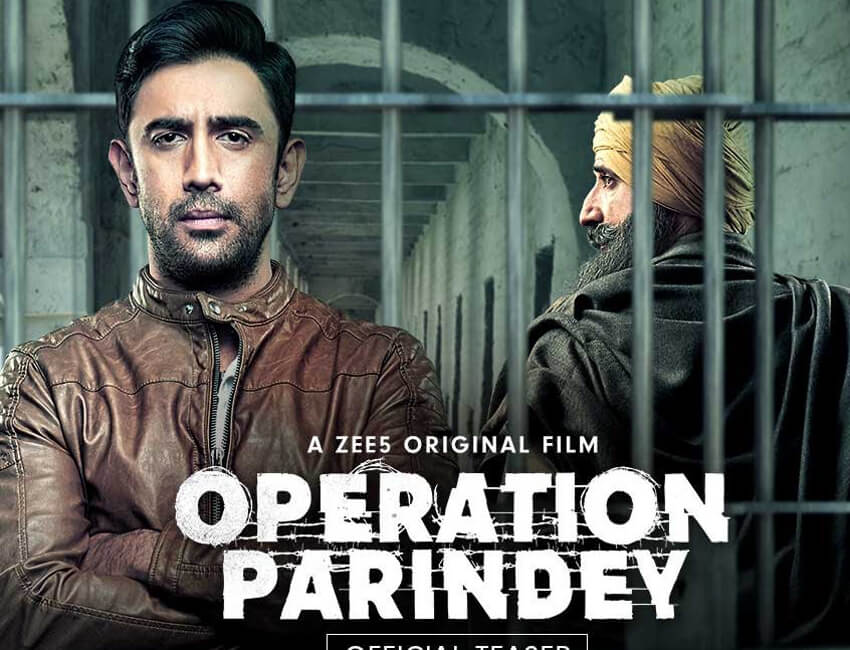 ZEE5, unveils the trailer of the much-awaited film, Operation Parindey, starring Amit Sadh and Rahul Dev in pivotal roles. The film is an engaging story of one of the most daring jailbreaks in India. The trailer is nuanced and underlines the gripping narrative of the film.

It begins with a power-packed dialogue by Rahul Dev and dives straight into the jailbreak and the chase. The high octane scenes and powerful dialogues are sure to keep audiences gripped till the very end. It gives viewers a sneak peek into how the jail-break was meticulously planned and the grave situation which arose while the prisoners were on the loose.

Also Read:- Rahul Dev will be seen in a never seen before avatar in ZEE5’s Operation Parindey

Previously, the poster and teaser of the film created a lot of intrigue among audiences. Accelerating the excitement, the trailer is now set to push this even further.

Directed by Sanjay Gadhvi, the film is slated to premiere on 28th February, exclusively on ZEE5.

It is produced by Final Coast and Fluence Studios (an arm of CA Media) along with associate producers Roll Kamera Motion Pictures.