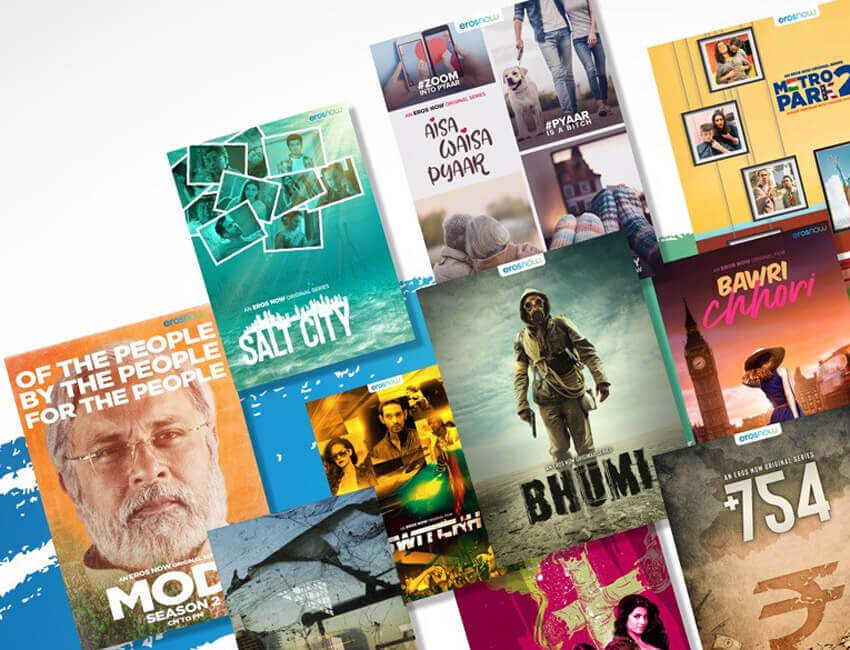 Defining their diverse slate as #KahaaniHarRangKi, Eros Now has announced these engaging stories that span across numerous genres, languages, and narratives. Versatile actors Kartik Aaryan and Ayushmann Khurrana were seen introducing the diverse slate of #KahaaniHarRangKi in a unique way. Ayushmann made his Bollywood debut ‘Vicky Donor‘ with Eros, Khurrana who is best known for portraying numerous distinctive characters in unique films and stories, was the perfect choice to reveal the diverse Eros Now slate.

Also Read:- Kartil Aaryan will start the shoot from mid 2021!

On the other hand, popular star Kartik Aaryan had his own unique way of announcing the slate. Not only did he showcase the titles but is seen as a part of a uniquely creative promo where he introduced the regional titles by speaking in different languages (Malayalam, Punjabi, Gujarati, Marathi) in resonance to the fact that Eros Now has films and series in various languages.

#KahaaniHarRangKi will offer original series such as Pyaar, Salt City, Metro Park 2,754, The Swap, Flipkart, 7 Kadam amongst others. Original films will include The Last Rave, Roam Rome Main, Switch to name a few while premieres across regional languages will consist of titles such as Boxer, Oru Yamandan Premakadha, Bidhrohini, Kesari. The slate features 46 stories, including 13 originals, and 33 film premieres. Besides this, 30 quickies, and 10 short films, will also be added. These stories are helmed by a galaxy of powerful actors including Nawazuddin Siddiqui, Vikrant Massey, Akshaye Khanna, Ranvir Shorey, Amit Sadh, Dulquer Salmaan, Mahesh Manjrekar, RajKummar Rao, Rituparna Sengupta, Mammootty, Sonali Kulkarni, and Rohini Hattangadi, amongst others.

Commenting on the upcoming Eros slate, Ridhima Lulla, Chief Content Officer, Eros Group said, “We are committed to investing in quality programming that will appeal to the Indian and global diaspora, and this huge content slate adds to Eros Now’s massive entertainment catalogue. India is witnessing significant demand growth driven by the digital shift and the consumer’s desire to watch programming in different formats and their preferred language. This amazing slate will deepen our connection with the audience and offers entertainment like never before.”

Eros Now with 12,000 films has been the leading choice of consumers across the world due to its rich content with its internal library as well as third-party aggregated content in different regional languages, building a lasting connection with the audience. It is an exciting opportunity for the audience to watch robust plots and experience the diverse flavors of revolutionary narratives. This expansive content slate widens Eros Now’s reach by offering a range of program formats in varied languages such as Malayalam, Gujarati, Marathi, and Hindi amongst others.