Amazon Prime Video’s Jestination Unknown starring Vir Das is all set to make you laugh like a maniac! 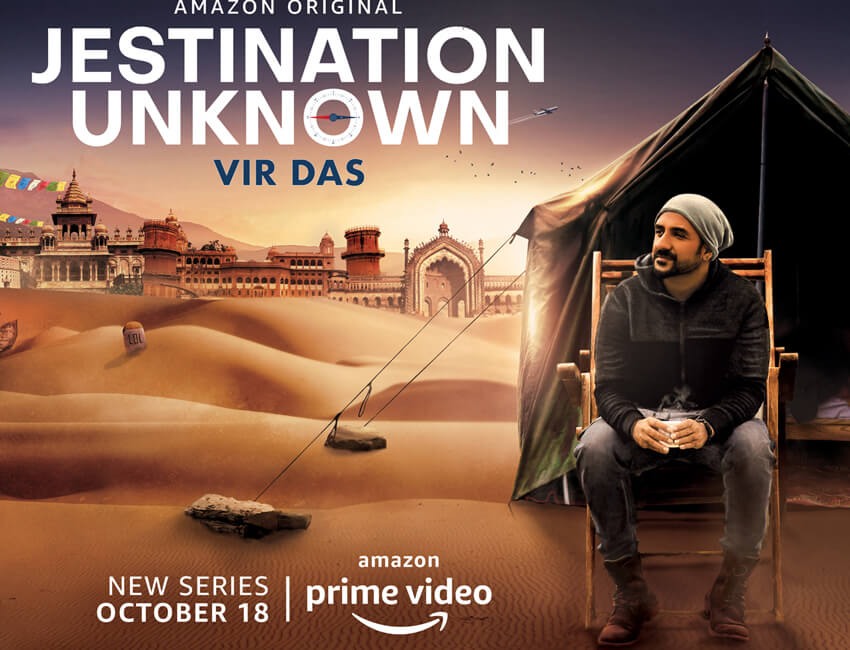 Amazon Prime Video is back with a new show titled ‘Jestination Unknown‘ and it will tickle your funny bone like never before! The idea behind making a traveling comedy is the age-old question, what makes India laugh? And Vir Das‘ journey to finding out that answer!

The host of the show is none other than Vir Das, the show will see the renowned comedian traveling across the nation as he encounters and interacts with new people who have their own takes and individual styles of comedy with each of them being more unique than the other. The cherry on top is that Vir Das will be visiting six cities in the show and he will perform stand up gigs in each of the cities.

The name of the show derives from the concept of jesters which were all the hype back in the days when kings ruled the country. The concept of Jesters intrigued Vir Das a lot, adding to it is the fact that Jesters are inherent to India’s culture and every court would have one.