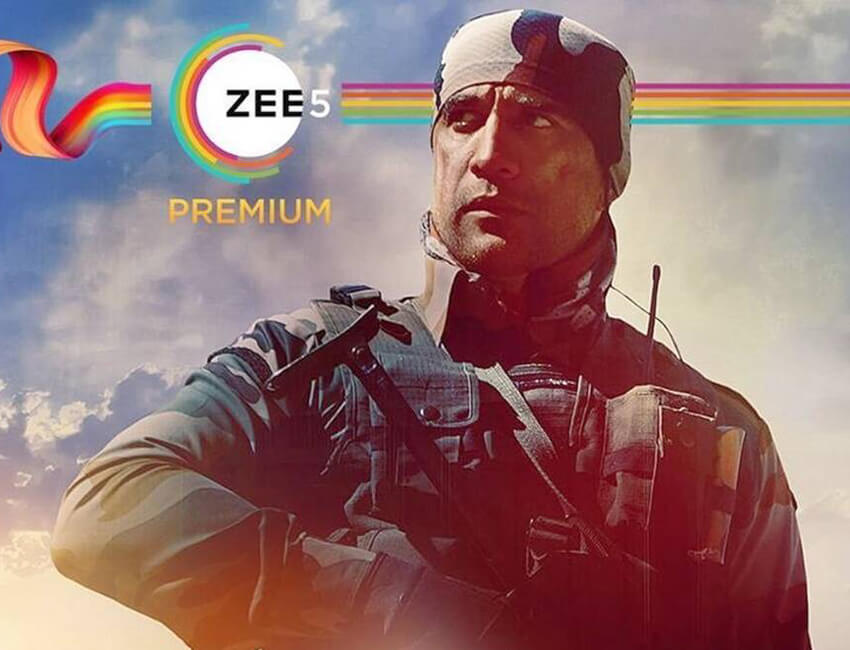 ZEE5 has become pioneer in fronteering progressive and heart-warming stories to the forefront in an OTT space. Past couple of month Amit Sadh has been rigorously shooting for ZIDD in northern India and now the platform has released the first look poster giving the audience a glimpse of his character.

ZEE5’s Original ‘ZIDD’ has been inspired by a true story, it’s a tale of a man who turned the impossible into possible and is the true testament of conviction and commitment. It is a testimony to the real-life story of Kargil war hero Major Deependra Singh Senger who fought against all odds in different walks of life, be it the war or personal life. The series captures all of Major Deep Singh’s highlights and turning points in his life. The poster looks intense with Amit in full army soldier gear and the depictions of war scenes in the surrounding. In the center of the poster, there is a shadow of a mystery man in a wheelchair and it creates a lot of intrigue on how the story will unfold.
This original action series will star a talented powerhouse ensemble cast like Amit Sadh, Amrita Puri, and Sushant Singh. Directed by ace ad film director Vishal Mangalorkar and produced by Boney Kapoor (digital debut as producer), Arunava Joy Sengupta, and Akash Chawla.
Also Read:- ZEE5 presents ‘Bhalla Calling Bhalla’, a light family entertainer, shot entirely online
The major life of a soldier is depicted in the series with high octane action sequences and various army missions, the level of which has not been witnessed before. ZIDD’ is the inspiring story of a soldier whose never-give-up attitude helps him overturn various impossible situations and impediments. It is a tale of conviction, persuasion, passion, and commitment
ZIDD is slated to premiere this Republic Day on 22nd January on ZEE5
Also Watch:- Zidd | Official Teaser | A ZEE5 Original | Coming Soon on ZEE5
Tags: Akash Chawla Amit Sadh Amrita Puri Arunava Joy Sengupta Boney Kapoor Major Deependra Singh Senger Sushant Singh Vishal Mangalorkar Zee5 ZIDD
Read Previous