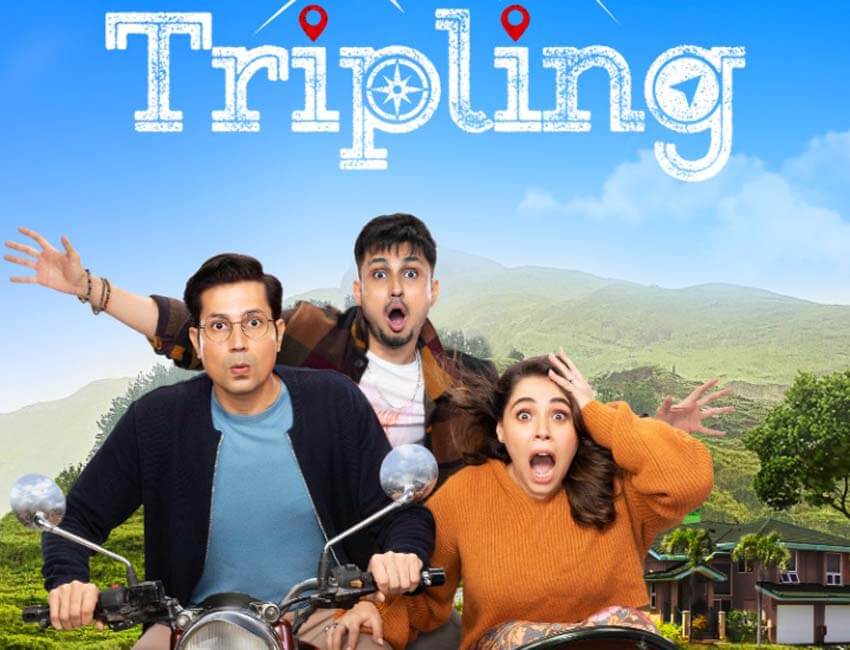 Spanning 5 episodes, Tripling S3 will encapsulate the essence of the three siblings and their bond as they embark on a new journey this season as they will be joined by their parents and respective partners. After a gap of over 3 years, Tripling is finally returning with S3 on ZEE5 and while you wait for the official date announcement, feel free to catch the previous seasons for free on ZEE5.

Manish Kalra, Chief Business Officer, ZEE5 India said, “Tripling, is a popular series that has garnered a loyal following amongst masses. We are excited to bring the third season on ZEE5 and are thankful to our partner – TVF for enabling us to bring the fan favorite to millions of homes this festive season, giving them a chance to enjoy their much-loved show with their family and friends. Staying true to our commitment to consumer-first, we will continue to invest in curating a diverse, relatable, and engaging portfolio on ZEE5.”

Nimisha Pandey, Chief Content Officer – Hindi Originals, ZEE5 said, “After the heart-warming response to Saas Bahu Achaar Pvt Ltd, we are very excited to partner again with Arunabh Kumar and team TVF. The Director, Neeraj Udhwani has brought alive in the new season of Tripling, the trials and tribulations of the 3 adorable and quirky siblings with a fun twist. This season delves into a unique but relatable facet of evolving relationships in today’s context and is peppered with the quintessential TVF humour. I hope audiences will enjoy binging on this perfect family entertainer during the festivities.”

Founder of TVF, Arunabh Kumar said, “While creating season 3 of Tripling, Sumeet and I wanted to get to the original ethos of the show, which has always been about ‘Crisis mein family hi kaam aati hai’ but where the siblings face a major twist within the family itself. The season also includes a timely trek replacing the trip with the usual dose of humor and relatable emotions”.

Director of Tripling Season 3, Neeraj Udhwani said, “The uniqueness of season 3 lies in its focus on the family. We all have known and loved Chandan, Chitvan, and Chanchal but where do their quirks and eccentricities come from? Their parents obviously, are as crazy as them and make their own unusual choices which the three siblings have to deal with. The fans are in for a treat as this season has got a bit of everything- the usual humor and lots of drama”.