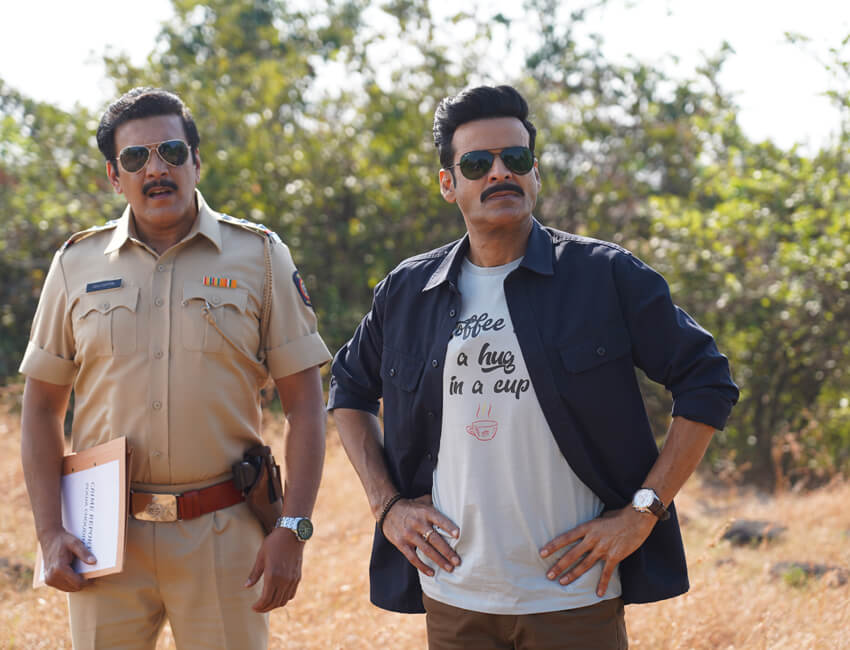 ZEE5 is the leading OTT platform when it comes to producing original content across genres. Over the last year alone, ZEE5 has produced some of the most engaging web series and films that have created a special place for themselves among the audience.

Adding to their promising line up of upcoming releases, ZEE5 has now announced another super-entertainer named ‘Silence…can you hear it?‘, a murder mystery. Produced by ZEE Studios and directed by Aban Bharucha Deohans, the film stars Manoj Bajpayee, Prachi Desai and Arjun Mathur in pivotal roles. It traces the story of the mysterious disappearance of a woman. As she prepares to leave her house, a tragedy befalls following which the woman disappears only to have her corpse turn up a day later, discovered by trekkers.

Zee Studios Originals, Vice President Creative and Head, Ashima Avasthi commented, “Silence…can you hear it? is one more brilliantly crafted story from the Zee Studios stable. With a gripping plot this film lead by acting stalwart Manoj Bajpayee, Emmy nominated Arjun Mathur and the talented Prachi Desai will keep the audiences sitting at the edge of their seat for sure. The movie has reimagined a classic whodunnit for the modern yet rooted Indian audience. It highlights the studio’s promise of delivering sophisticated yet broad base content for a varied audience.”

Talking about the announcement of the film, Manoj Bajpayee shares, “Aban Bharucha Deohans is a friend (director) and had narrated the script long back. It’s a whodunnit genre and I have never been part of this genre. It was my wish to see her as a director starting with this film. I gave her the dates as soon as I saw a 30 days window. She has been so thorough and so well prepared throughout the shoot that it’s been a joyful experience working under her”.

Prachi Desai who is making her debut on OTT shares, “I’m extremely happy to be making my debut on OTT with ZEE5 and that too with such a unique project like ‘Silence…can you hear it?’ OTT is booming with noteworthy content and I have been waiting for the right script to foray into this side of the Universe. I can’t wait for everyone to witness the unusual role I am playing, a first in this genre for me. I am so happy to be working with such a stellar cast, it’s a humbling experience too. The energy on the set is already incredible and we are all super kicked for this one to be released on ZEE5 in March.”

Actor Arjun Mathur shares, “I enjoy exploring characters with all kinds of shades. Those shades are the first thing I look for in my characters and scripts, be it for a film or a series. That is exactly what happened with ‘Silence…can you hear it?’. Besides, seeing the track record of the kind of content that ZEE5 has been producing, I am confident this will be a winner too. We are back on the sets at the end of a very trying year. I’m truly excited to be here alongside this extremely talented ensemble and looking forward to the premiere on ZEE5.”

Aban Bharucha Deohans making her digital directorial debut expresses, “I’m extremely delighted to be making my debut on OTT with ZEE5 with my film ‘Silence…can you hear it?’ and that too with such an amazing star cast. When Manoj Bajpai gave me the dates for the movie I was over the moon! He is brilliant- as always – and such a pleasure to work with. Prachi Desai, Arjun Mathur, Sahil Vaid, Vaquar, Shishir Sharma are wonderful, talented artists and I feel very lucky to have them on board and I am truly excited about premiering the film on ZEE5.”

‘Silence…can you hear it?’ is a ZEE5 original murder mystery that will release in March 2021.

Also Watch:- Stars Do Have Fun in their Schedule