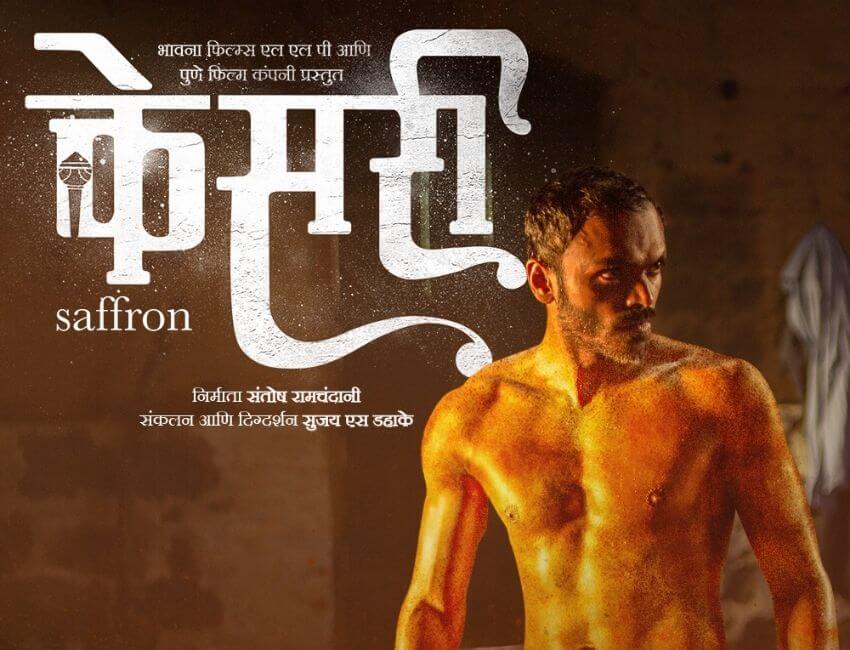 Set against the backdrop of the countries one of the most supreme and historical sport, Wrestling, Kesari traces the story of Balram who aspires to win the supreme Maharashtra Kesari title one day only dedicated to his grandfather who used to be a popular wrestler and lost the final match for Maharashtra Kesari tournament and has been accused of match-fixing ever since.

While wrestling has always commanded high respect in Maharashtra, the film resonates with each sportsman who walks through numerous struggles, expectations, highs, and lows to achieve his ultimate goal. Determination and Discipline are important qualities needed by a sportsman to strive and they are clearly demonstrated by Balram through his journey of preparation with his teacher Vastad. The growing relationship between an eccentric teacher and a determined but confused pupil is very interesting to watch. Helmed by Sujay Dahake, the sports drama also comprises an ensemble cast of Vikram Gokhale Rupa Borgaonkar, Mohan Joshi, Umesh Jagtap, Nachiket Purnapatre, amongst others.

Will Balram’s hard work pay off and will he win the tournament? Will this strong-willed lad be able to achieve his ultimate goal after going through a difficult and determined journey? Will he be able to prove his worth to his father who did not support him on this journey? ‘Kesari‘, a well-loved mix of coming of age and nostalgia narrative, will keep you entertained until the end.

Talking about the same, Ridhima Lulla, Chief Content Officer, Eros Group, said, “Eros Now is proud to be associated with enriching filmmakers and an inspirational story like this which will send an important message to the youth of today’s time. This movie is one of its kind in the sports genre in Marathi. This year we aim to showcase our viewers variety of content in different genres, and languages.”

Talking about the same Mahesh Manjrekar, “Kesari, is a captivating sports drama that one can easily relate to. It has been my privilege to be a part of this story and play the role of a teacher who guides and channelizes Balram’s efforts towards success. With the OTT boom, I strongly believe that Eros Now’s efforts in promoting regional content is truly commendable.“.