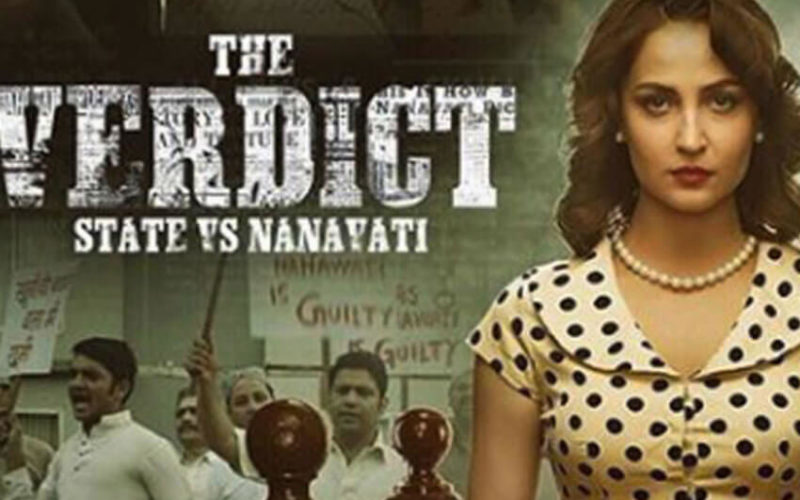 ALTBalaji and ZEE5’s new ambitious project titled The Verdict: State Vs Nanavati is generating rave reviews before its release. The web series is based on one of the most controversial real-life criminal cases of 1959 and is certainly building up quite a hype among the viewers.

The show throws light on the character of Sylvia Nanavati played by Elle EvrRam from a totally different perceptive. In the past, Sylvia Nanavati has been shown as a resplendent wife engulfed in tears and looked up to with a lot of angst. However, the series trailer promises to show the real Sylvia who is not distracted to a mere character of an adulteress.

Swedish Greek beauty Elli AvrRam is portraying the character of Svlyia and as seen from the trailer the charmer has surely engulfed the role and played it. Her body language, her eyes emote the nervousness, guilt, vulnerability of committing the cardinal sin with perfection. Her beauty and her styling just act as a silver lining to the role.

Sylvia Nanavati. A wife and a loving mother. And then, she fell in love again! When her alleged lover was shot dead, the media & society blamed her for a crime that she had not committed. Put to trial by society, she was judged guilty. #TheVerdictStateVsNanavati – the case that divided India, streaming 30th September. . . #ALTBalajiOriginal #ZEE5Original

ALTBalaji’s The Verdict – State vs Nanavati show boasting a stellar star cast ranging from theatre veterans to commercial actors exhibiting powerful screen presence is all set to release at ALTBalaji and ZEE5 on September 30.