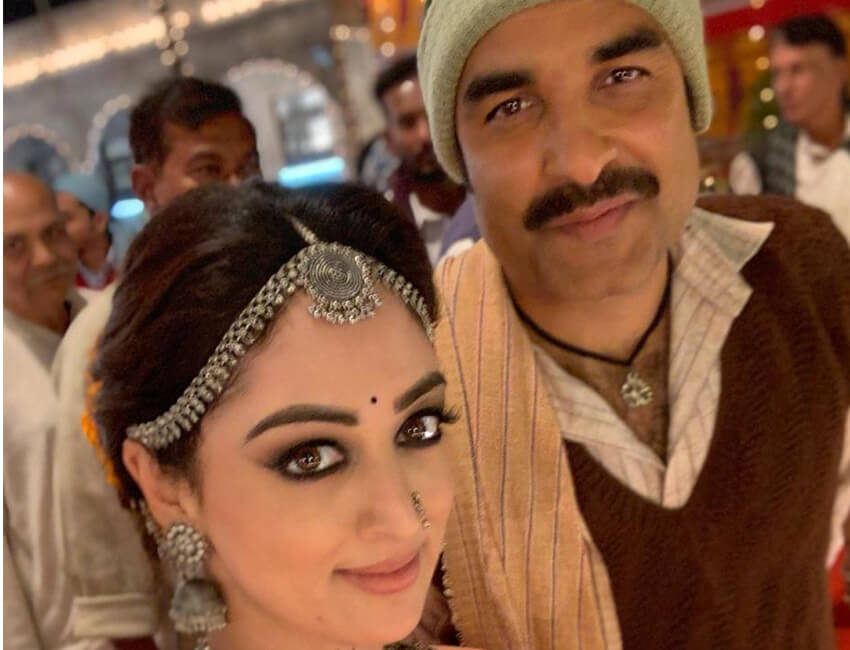 Recently, Sandeepa Dhar entertained the audience with her colourful and peppy dance number ‘Laalam Laal‘ from the Pankaj Tripathi starrer ‘Kaagaz‘. Giving a deeper insight into the fun equation between her and Pankaj Tripathi, Sandeepa shared a BTS video.

Engaging in a fun interaction, Sandeepa Dhar quizzes Pankaj Tripathi about his feelings to work on the song with her. The actor reminisced his last meeting with Sandeepa and also made fun of the actress calling her a Naagin.

The duo ended the video with laughter giving a testimony of the fun on the sets of the film.

Sandeepa Dhar who is not just an impressive actor but also a remarkable dancer has generated buzz owing to her desi moves in the song ‘Laalam Laal‘. Known for her western dance forms, she is seen entering the raw desi vibe for the first time in Kaagaz.

After recently creating a mark with her strong performance in Mum Bhai, Sandeepa Dhar will be next seen in Vikram Bhatt’s Dirty Games.