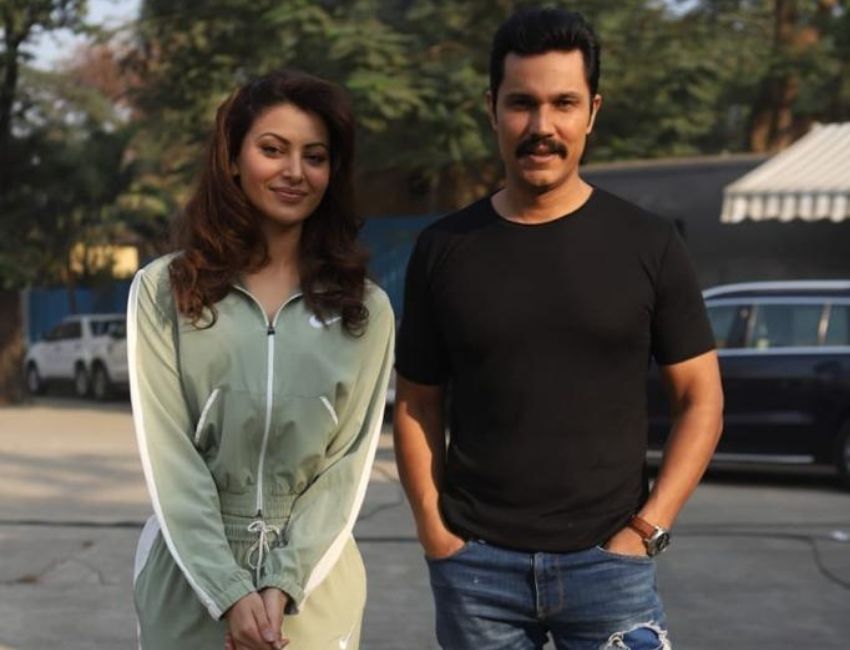 The shoot of Jio Studios’ web-series Inspector Avinash has commenced in Mumbai. Joining Randeep Hooda in this cop thriller are a host of talent including Mahesh Manjrekar, Urvashi Rautela, Rajneesh Duggal, Freddy Daruwala, Govind Namdev, Adhyayan Suman, Amit Sial, Priyanka Bose and Abhimanyu Singh. Elated to begin shooting for this exciting thriller, the cast shared pictures from the sets where the entire team conducted a puja before the commencement of shoot.

Based on the real life events of super cop Avinash Mishra, the show is helmed by director Neerraj Pathak. Set in Uttar Pradesh, Hooda’s cop avatar will see him in action in a dramatic retelling of the life of the famed cop dealing with criminal activities of the state. Captivated by his persona and accounts of his daring, the director felt compelled to tell his brave story to the world. He approached the real life dynamic cop three years ago who agreed to come on board and blessed the project. Hailing from Hamirpur, Himachal Pradesh – Inspector Avinash Mishra has been a part of the Special Task Force and the Anti-Terrorism Squad. Often referred to as Guruji, he has contributed successfully to several important cases and was posted in Lucknow for quite some time. He retired later as a DSP. And now, audiences will get to see all the action behind his courageous journey through this web series.

On MGR’s 104th Birth Anniversary, makers of Thalaivi give a glimpse into the legend behind the leader Jayalalithaa featuring Kangana Ranaut and Arvind Swami