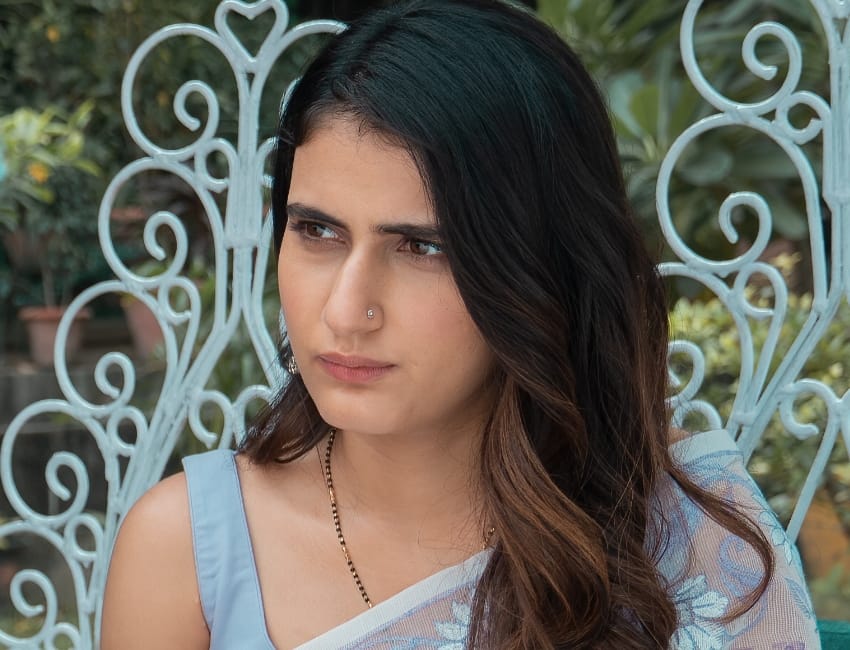 Fatima Sana Shaikh is known for the versatile actor she is and the varied roles she plays with much ease on screen. In the upcoming Netflix anthology film Ajeeb Daastaans, she plays a brave and strong young bride who has her moments of vulnerabilities, stuck in an unhappy marriage. Always vying for love and attention, her character of Leepakshi has multiple facets and is very layered.

Also Read:- FATIMA SANA SHAIKH IS ALL SET TO OWN 2020 WITH HER PERFECT ONSCREEN PAIRINGS WITH POWERHOUSE ACTORS ONCE AGAIN

Accompanying Fatima are maverick actors Jaideep Ahlawat and Armaan Rahlan appearing together in the short film Majnu, directed by Shashank Khaitan. Majnu is the story of a young couple who are caught in a battle of affection, not with or for each other. Entry of a young new male employee leads to a series of ajeeb events. Talking about her character in the film, Fatima Sana Shaikh said, “My character Leepakshi is very different from myself or any other character I have played before. I would like to think I am brave like her, but fortunately I have love in my life, unlike her. Leepakshi is very aggressive and doesn’t have any inhibitions. I, on the other hand, am full of inhibitions. My character can go to any extent for attention and playing games whereas I wouldn’t. It was definitely a challenge playing someone as uninhibited as Leepakshi.”

Not To Miss:- SHAHID KAPOOR GIVES A FUNNY TWIST TO THE SONG ‘KUCH NA KAHO’ ON THE SETS OF HIS NEXT!

Must Watch:- SONU SOOD USES HIS STARDOM TO MAKE THIS ROADSIDE DOSA THELA FAMOUS….SEE HOW