Definitely the most interesting person in the room on Netflix 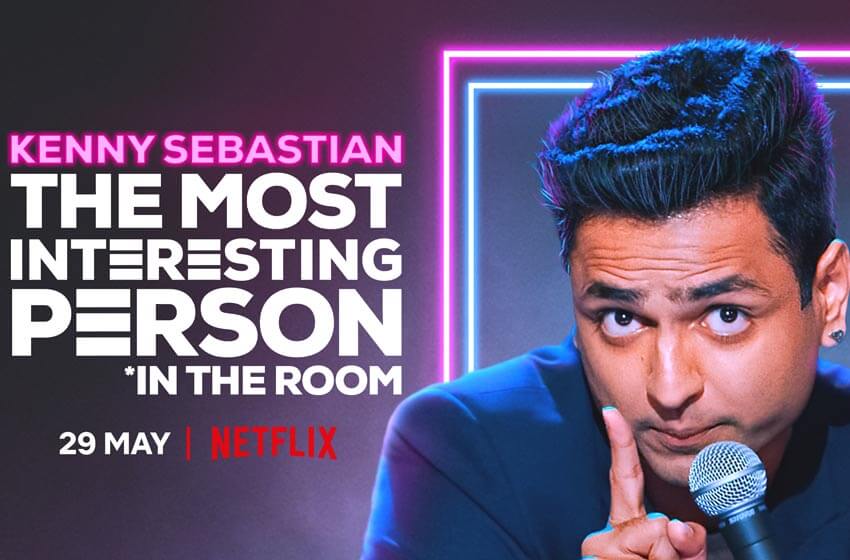 A person’s childhood gives us a window into what makes them tick as an adult. In Kenny’s case, the more ‘don’ts’ you stack up against him, the more he wishes to deliver and shine!

In his first solo Netflix Original Comedy Special, Kenny Sebastian: The Most Interesting Person in the Room premiering on 29 May 2020, Kenny paints quite a picture (you see what we did there?), as he revisits what he’s learned – from his teachers in school and from animated movies; what classism means to him (using metaphors) and his tell-tell signs on finding the ‘one’.

Talking about conceptualizing the special, Kenny said, “People use the word ‘interesting’ very callously. To me, the word interesting is special. Something is only interesting to me when it’s inexplicably simple. That contrarian cusp is where this comedy special sits. Why are the simple things not given the attention they deserve? That is what is interesting to me.”

Also Read :- Here’s what the first episode of Comicstaan season 2 is all about!

Juggling multiple hats isn’t easy. As a comedian, musician, filmmaker, and former nice guy, Kenny brings with him his trusty companion – his guitar. A special guest also makes an appearance to keep you engaged, laugh hearty laughs, and share ‘awws’ along the way. We just think, “if you’re aware, it’s good.”

This May, with Kenny Sebastian: The Most Interesting Person in the Room, he’s ready to rock and (shawarma) roll!