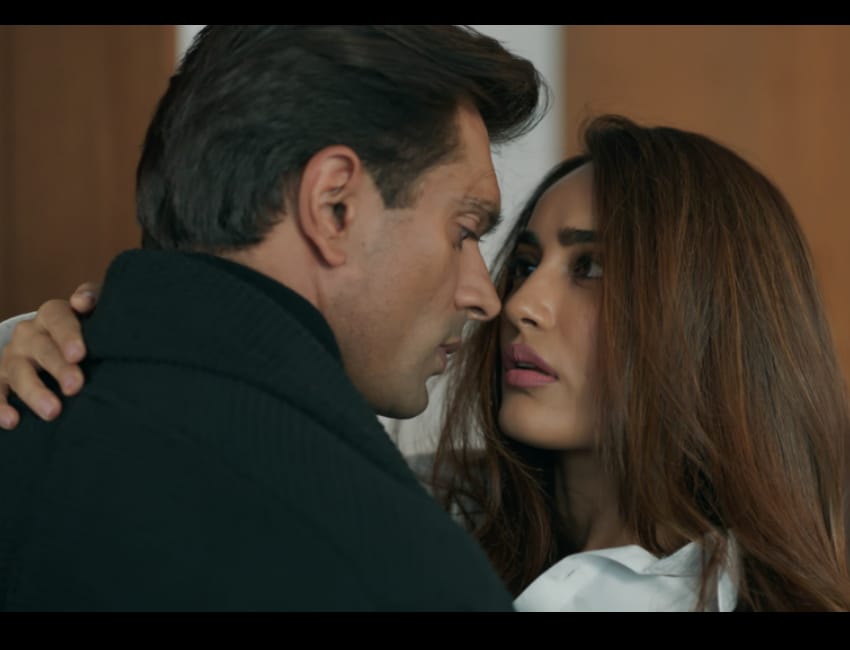 ZEE5 recently introduced viewers to its upcoming original romantic drama ‘Qubool Hai 2.0’ with its teaser and re-created some of the most iconic moments. It left the fans all nostalgic and staggering with excitement for its release. ZEE5 has finally released its most awaited trailer and the fans are already love-struck with Zoya
and Asad’s on-screen magic.

The platform sets in motion a new world of stories and premise by retaining the value and ethos of ZEE TV’s iconic show Qubool Hai #EternalLoveStory. The trailer starts off on a romantic note as Asad and Zoya cross paths once again. As the story progresses, it revealed that Asad is an undercover agent and he was the one who assassinated her father. While Zoya gets ready to take the flight to Islamabad, the truth is revealed to her. Leaving her choices in the tug of war between her heart and mind. With Asad extending an arm, inviting Zoya to come with him and on the other side, Zoya’s brother waits. Who will Zoya choose? Family or love?

Not To Miss:- FATE IS ABOUT TO TEST ASAD AND ZOYA’S EXTERNAL LOVE AGAIN

On the trailer release Surbhi Jyoti expresses, “From TV to OTT, Zoya and Asad’s love story is indeed eternal. With Qubool Hai’s premiere on 12th March 2021, they embark on a new journey. Qubool Hai stands for acceptance and that’s exactly what Zoya is manifesting, for Asad to accept her true love. The question is, is true love not eternal unless it’s tragic? That depends if Zoya decides to choose love or family. The 2.0 version is definitely bigger, more glamorous with a tear-jerker plot twist in the end. I am excited for the release of the trailer and hope our fans join us on this journey of thrill, romance and everything love”
Also Read :- AYUSHMANN PRAISES CIDF FOR THEIR COMMENDABLE WORK TO CURB THE CORONAVIRUS PANDEMIC IN NORTH EAST
Directed by Glen Barretto and Ankush Mohla, the series will feature a new rejuvenated
chemistry of Asad and Zoya and by retaining the original leads Karan Singh Grover &amp; Surbhi Jyoti as them. It will also feature Lilette Dubey, Arif Zakaria and Mandira Bedi in pivotal
Must Watch :- QUBOOL HAI 2.0 OFFICIAL TRAILER