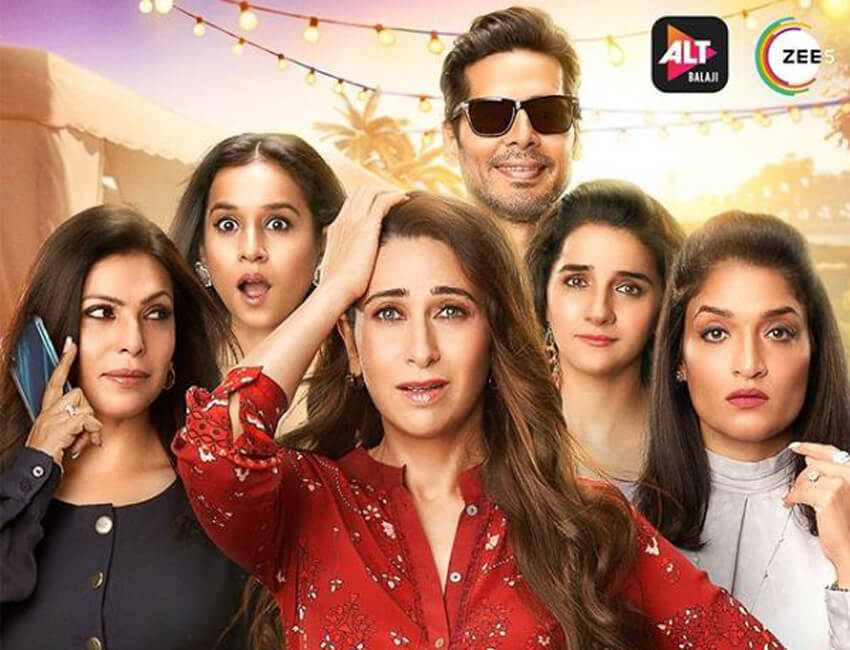 As the saying goes, ‘God could not be everywhere, and therefore he made mothers’, the world would indeed fall apart if there were no mothers. Juggling through life while raising children and acing professional responsibilities demands an out-of-the-world superpower. Raising kids is an art. Some make it into a highly precise science, but most of them are like tigresses protecting their cubs. And, while going through this whirlwind of parenting responsibilities, you are bound to go bonkers once in a while. Bringing to screens the crazy leap of Motherhood to ‘Mentalhood‘, ALTBalaji, and ZEE5 launched the trailer of the most awaited web-series of the year, Mentalhood– the journey from motherhood to mental hood!

Filled with highs and lows, being a parent can surely be one thankless job. The trailer showcases the topsy-turvy ride of the various kinds of mothers that exist and how they maneuver their way through unreasonable expectations and eccentricities to raise their children. Giving a glimpse into the life of these supermoms, the trailer highlights everyday challenges that a mother goes through. Seeing the range of a parent’s emotions, work-life balance along with their constant battle to discipline and keeping a tab on their kid’s behaviour is sure to leave a lasting impression in the minds of the audience.

With each mother being different in their own way, the trailer strikes the right chord with all of them being completely contrasting characters. Featuring a large pool of talented actors the web-series features Karisma Kapoor, as Meira Sharma, who hails from a small town, along with her husband Anmol (played by Sanjay Suri) who do their best to be the perfect dream team for their three kids. And if that wasn’t enough, the web series also features Dino Morea as a stay-at-home dad named Aakash Fernandes, Sandhya Mridul as ‘Momzilla’ Anuja Joshi, Shilpa Shukla as a workaholic mom Namrata, Shruti Seth playing the role of a ‘boho mom’ named Diksha and lastly, Tillotama Shome as the ‘pushover mom’ Preity.

Speaking about her digital debut and her own ordeals as a mother, Karisma Kapoor shares, “This show is for every mother out there who is absolutely unrelenting towards her parenting responsibilities. I play the role of Meira, who comes from a small-town & then shifts to Mumbai and stumbles onto an absolutely crazy metropolitan city. It is an absolute family show that will see Meira struggle to craft the perfect idealistic family life in the concrete jungle, that we know as Mumbai. Being a mother of two has certainly helped me in understanding Meira better and I totally relate to the madness that her motherhood demands. I am certain that the mothers of today’s generation will also understand this ‘mother in distress’ completely.”

Portraying the character of a single daddy, Aakash Fernandes, Bollywood Actor Dino Morea shares, “Aakash Fernandes is a stay-at-home single father to two kids, who tries to enjoy every day playing the role of both a mother and a father. Having said that, being the only single parent sees him extremely popular in his locality. I am sure the viewers will love my role, as it is for the first time I am playing a doting father, a character to which every single father will connect.”

Aparna Acharekar, Programming Head ZEE5 shares, “Mentalhood is a promising series which throws light on how every mother tries to be the best version of herself, for her children. This is the story of new-age parenting – the pressures, the challenges and the craziness which rides with it.”

A lovable mother herself, the show is indeed special for Ekta Kapoor. Speaking about the upcoming show, the content czarina said, “The script of Mentalhood was written about three-and-a-half years ago. This was getting finalized around the same time when I was planning to have a baby. That’s why, today, I feel like I’ve given birth to two babies, one born last year (my son) and one born today (the show Mentalhood). I am extremely proud to have created “Mentalhood”. Right from day 1 of shooting, the journey has been very emotional and mental. I can say that it’s a show that is very close to my heart and one that I deeply connect too. I am certain that the audience as well will bond to the craziness that the show has to offer.”

Excited to see the mother maniacs it has for the world to see the series is directed by Karishma Kohli, produced by Filmfare productions and written by Ritu Bhatia and Suyash khabya. Witness the roller coaster ride of these mothers in Mentalhood from 11th March on ALTBalaji and ZEE5!