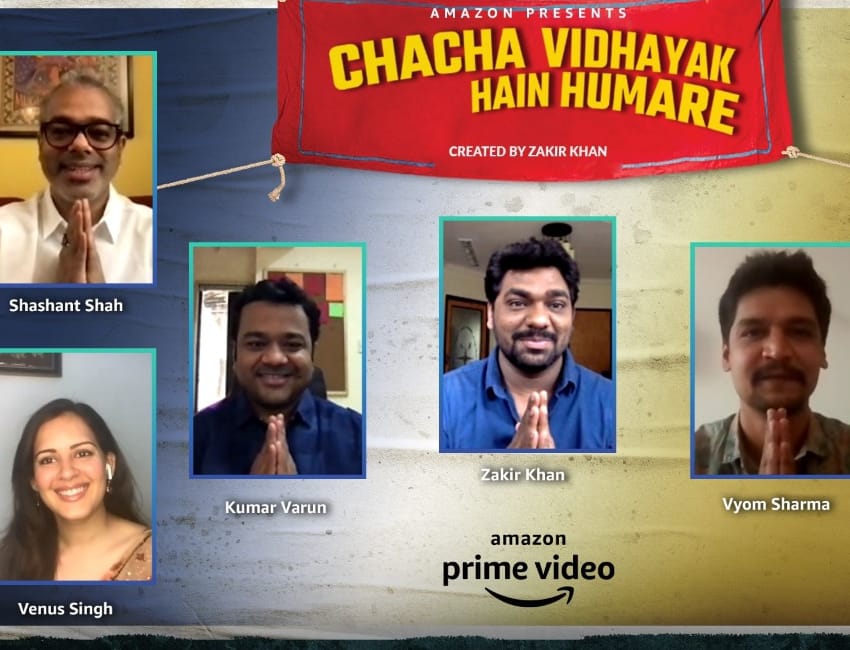 Amazon Prime Video today released the trailer of Season 2 of the much-loved comedy series Chacha Vidhayak Hain Humare. The show created by Zakir Khan also has him playing the lead character of Ronny Bhaiya and chronicles his journey as he tries to pave his way into politics.

It all begins when Ronnie lies about his Chacha being the Vidhayak of Indore, the city in which he resides, in order to escape from the problems which life throws at him. The first season which garnered huge love from the audiences, ended with Ronnie’s deep-planted lie surfacing and the real Vidhayak confronting him. Season 2 will take Ronnie’s journey ahead as he starts working with the Vidhayak, and makes a foray into the world of politics.

The trailer of the show fuels anticipation among the audiences and all Zakir Khan fans as it hilariously shows how brilliant and rib-tickling the second season is going to be with Ronny stepping into politics, a new rivalry and an interesting love triangle. It’s going to be double the madness and laughter as our Sakht Launda a.k.a Ronny Bhaiya once again brings his unmatched screen presence along with his witty sense of humour in a series of hilarious escapades.