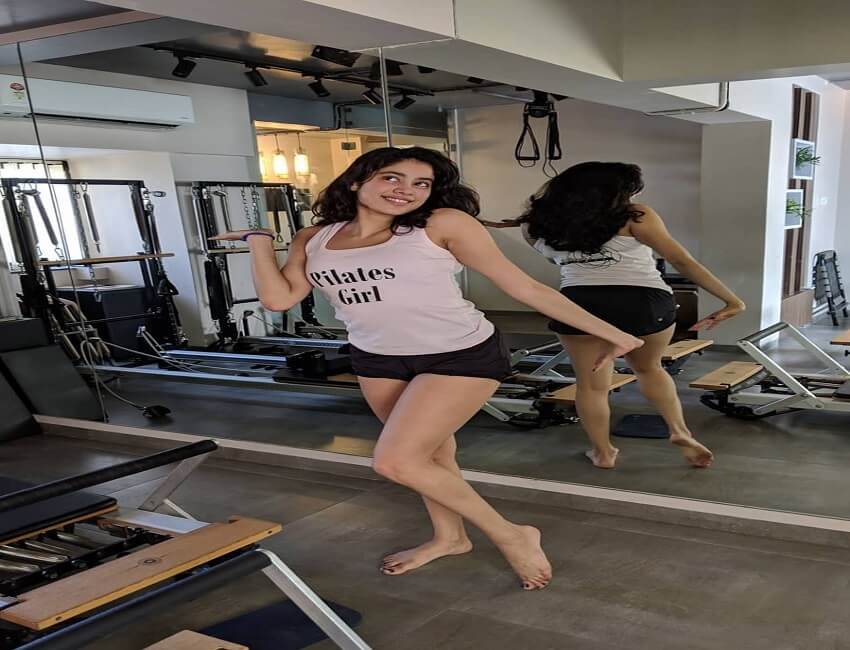 Janhvi Kapoor was seen sweating it out at the gym once again, in a new workout video. This time, we got a glimpse of Janhvi’s leg workout routine. In the video, the fitness enthusiast is seen doing a range of leg workouts — she begins with cycling, followed by squats, weighted squats, resistance band workouts, rear leg lifts with a band and other exercises.

READ: Onir and Richa Chadha elected as the jury for the Short Film Competition for the Indian Film Festival Of Melbourne 2021

Meanwhile, on the professional front, Janhvi was last seen in Roohi with Rajkummar Rao and Varun Sharma. The actor has Good Luck Jerry in the pipeline. It is written by Pankaj Matta and directed by Siddharth Sengupta.

SEE: Looks like Janhvi Kapoor is very serious about her fitness!