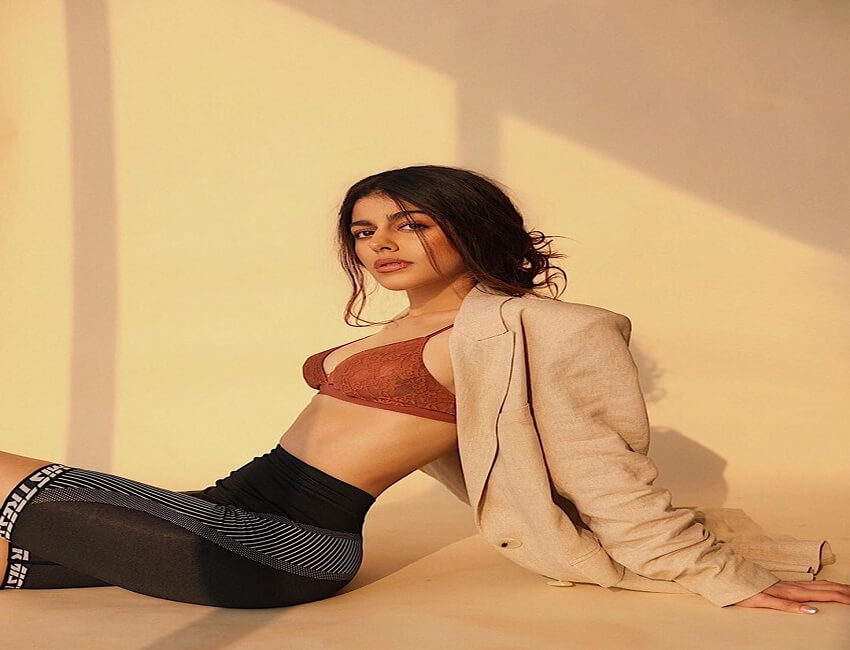 Alaya F is a hottie and it’s an undeniable fact! All her Instagram posts are fire and her looks are on fleek. Alaya posted a super fun reel lip-syncing to Michael Stevens’ Mantra. She was seen dressed in a fitted mauve set with a cropped top and high-rise tights.

She looked stunning with a full face of makeup as she gets rid of the makeup and completes her skincare routine with a face oil, a face mask, sheet mask, brushes her hair and puts on a cute graphic white tee with lilac sleeping shorts as she was ready for bed after channelising her 3 am energy into blessing our Instagram feeds with this hot reel.

Alaya F has booked her next film. After making her debut in Jawaani Jaaneman in 2020 starring alongside Saif Ali Khan and Tabu, she signed her second film under Ekta Kapoor’s production banner. Now, she is starring in another project under their banner opposite Kartik Aaryan. Titled Freddy, the film was recently officially announced. She will also be seen in the film U-Turn.