The similarities between Zaan Khan and Anil Kapoor 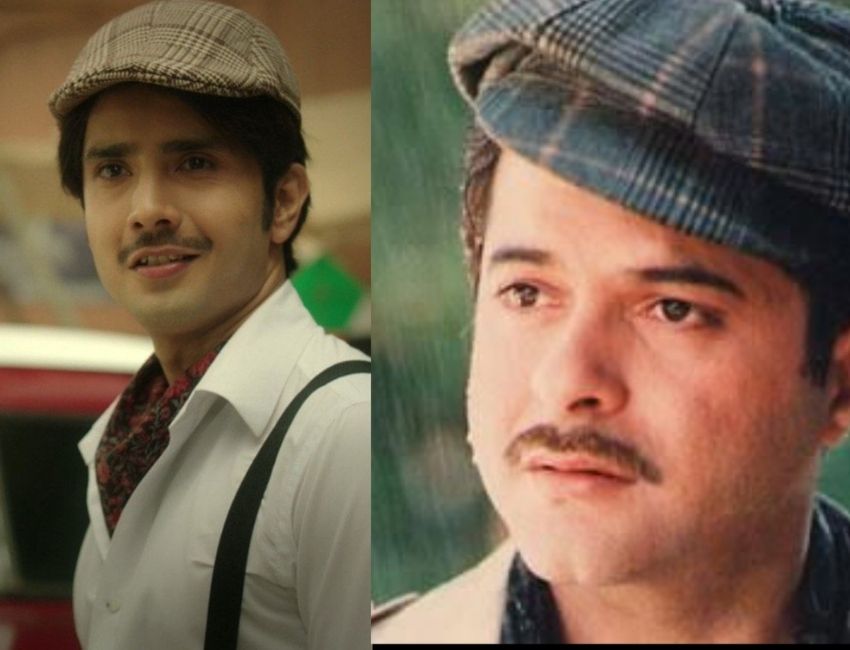 Actor Zaan Khan will be seen in a new show — Kyun Utthe Dil Chhod Aaye — playing a character called Randheer. The character undergoes a lot of physical transformation in the show. Zaan who was last seen in Hamari Bahu Silk is sporting a moustache and also lost and gained weight to match the transformation in his role. Zaan is sporting a cap and wearing suspenders in the show which led to comparisons with Anil Kapoor of 1942 A Love Story. Interestingly Zaan’s show is also based in 1940’s.

Must Read : Kinshuk Mahajan And Shiny Doshi walk an extra mile to get into the skin of their characters for the upcoming show ‘Pandya Store’

Must Watch : A treat for all shehnaz gill fans😍❤️

Speaking of which Zaan says,” Kyun Utthe Dil Chhod Aaye is a very special show and I have never played a character like Randheer in my career. That’s why I did not want to compromise with my look and opted for a real moustache. Randheer is a poet, visionary and crusader for women‘s rights. The audience will be in love with Randheer’s character. I have got good feedback for my look in the show. We have tried to keep as authentic we can.” The show will go on air from 25th January.

Sharad Malhotra: It’s upsetting that Republic Day is just a holiday for many people