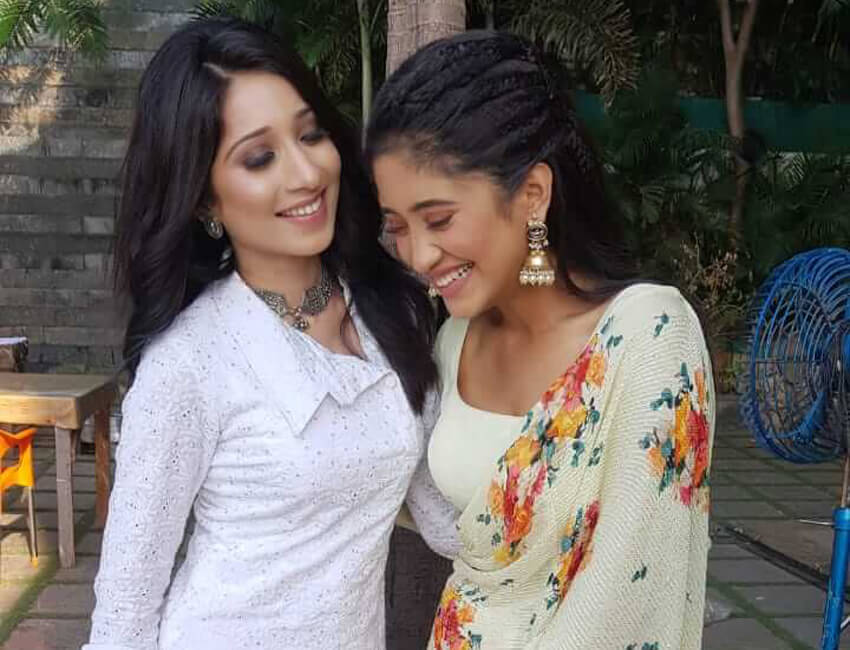 “Dil Dosti Dance” fame actress Vrushika Mehta has joined the cast of Rajan Shahi’s “Yeh Rishta Kya Kehlata Hai“. She is playing the role of Dr. Riddhima, a child psychologist, in the show, and will be treating Kartik and Naira’s son Kairav. The show features Shivangi Joshi and Mohsin Khan in the lead role, and the new entrant is bonding well with them. In fact, Vrushika and Shivangi connected well on their love for dance.

Rajan Shahi’s shows are famous for their beautiful dance sequences, and when asked Vrushika if the audience will get to see her dance too, she said, “I really hope that the show gives me a chance to dance on screen as well. It would give me immense happiness to especially dance with Shivangi as she is a brilliant dancer as well, and we in fact bonded quite well on the first day of my shoot itself in regards to our common love for dancing.”

She also revealed that the lead pair is very hardworking and she hopes that her character too slowly grows on the audience.

Also Watch:- Your Favourite TV Celebs at the Gold Awards 2020😍

“I have had quite a blast shooting with Mohsin, Shivangi, Aarmabh, and the rest of the cast. Mohsin and Shivangi are very dedicated, talented, and hardworking actors and have been very supportive of me from the first day itself. My character right now is very new and different to the storyline, so it will surely pick up and build a connection with the viewers, though at its own pace,” Vrushika said.

Sharing more details about her character, she said, “I play Dr. Riddhima, a child psychologist and an independent, self-made and confident woman. Playing a child psychologist on-screen is something I have never experimented with before and I was very excited to give the character a shot, as it is a very different shade to what I have done in the past. My character has a lot of layers to her personality which will slowly and steadily unfold through the course of the show.”

“Yeh Rishta Kya Kehlata Hai“, which is produced under Director’s Kut Productions, airs on Star Plus.