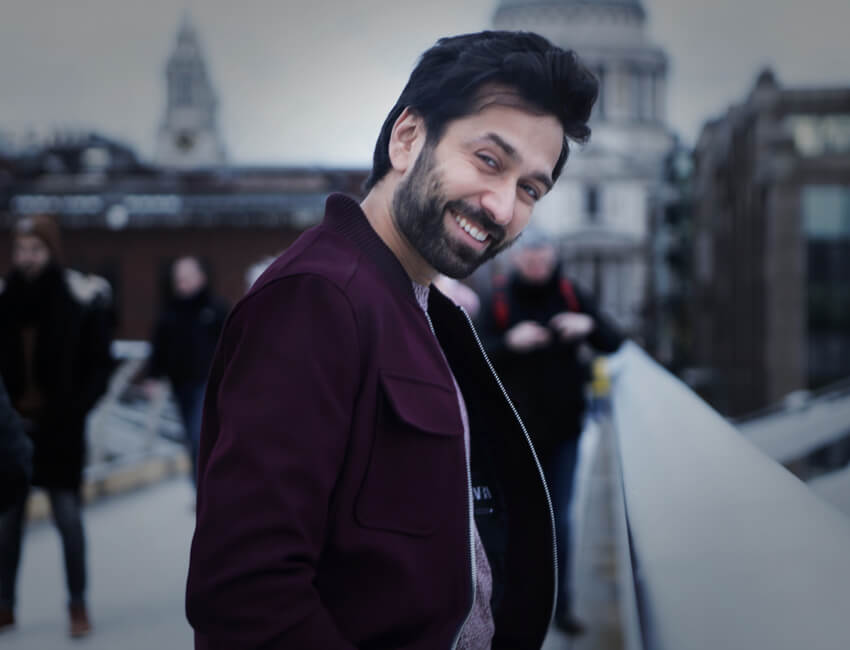 Birthdays always call for a celebration. And when you have a new project on release, then that celebration is bound to be on a whole other level. It seems like the case with multi-faceted actor Nakuul Mehta who is all set to make his OTT debut with ZEE5’s web series Never Kiss Your Best Friend.

A millennial story of friendship and love – the show releases Jan 20 and Nakuul’s been painting the town red (or should we say neon given the super fun looks he’s been sporting) promoting the show. And the promotional madness continues right through his birthday – with interviews, specials and multiple appearances lined up for Jan 17 – His Birthday.

We’ve also been told that the ace actor will be co-hosting a special screening of the series for his industry friends and family at a suburban preview theatre on Jan 17.

Talking about his birthday plans Nakuul Mehta shares, “Even though it’s a working birthday, I know I’m going to enjoy it, as I do all my birthdays – in a different way of course. Despite the hectic schedules, promoting a show that I’m so happy with just makes the entire process meaningful and special. Our show’s trailer and songs have received so much love and I can’t wait for my people to see it on ZEE5.”

The teaser, trailer, and songs of the web series have received fantastic traction and his fans cannot wait for the premiere on 20th January!

The series is based on Sumrit Shahi’s best-selling novel of the same name. The 10-episode series is a millennial rom-com starring Nakuul Mehta and Anya Singh and will also see veterans Suchitra Krishnamoorthi and Rituraj Singh, who will play Nakuul’s parents while Niki Aneja and Vivek Mushran will be playing Anya’s parents.

The story is about two best friends, reconnecting after a long separation and the existence of a curious history between them, grappling with their complicated feelings for each other. It plays across two timelines; their youth when their friendship was the highlight of both their lives and their adulthood when they meet after years of separation.

Produced by Sarita A. Tanwar & Niraj Kothari and Directed by Arif Khan the series is all set to premiere on 20th January exclusively on ZEE5.

‘I’m taking a very important message to families and parents in India’: Ayushmann Khurrana on why he decided to back Shubh Mangal Zyada Saavdhan that focusses on same-sex relationship