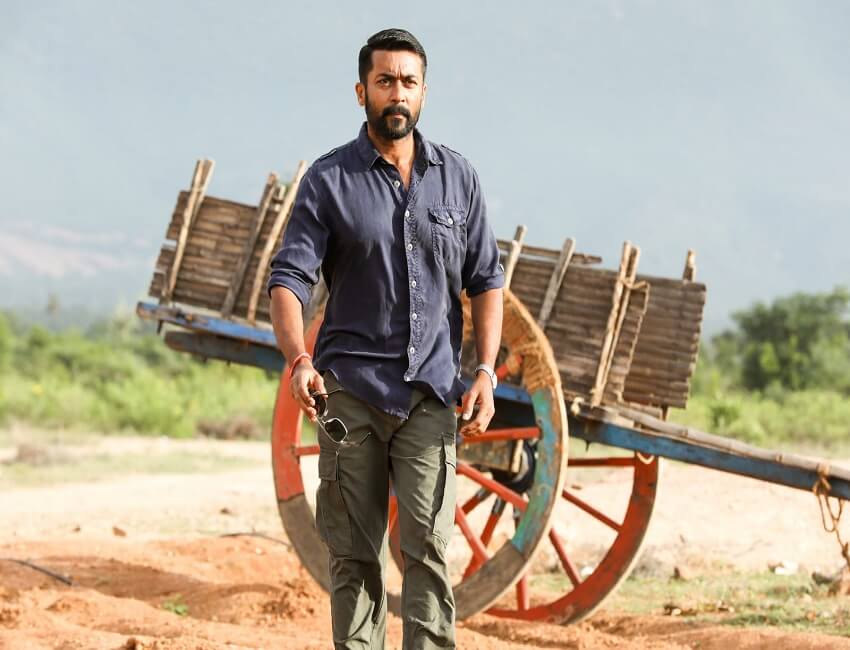 Soorarai Pottru is set to be remade in Hindi, as actor Suriya’s 2D Entertainment and Abundantia Entertainment come together. The highly acclaimed film will be directed by Sudha Kongara, who also directed the original in Tamil.

Two of India’s leading content creators and producers, 2D Entertainment and Abundantia Entertainment today announced joining hands to remake the globally applauded ‘Soorarai Pottru’ (Praise the brave). Soorarai Pottru is an emotional and impactful story of Nedumaaran Rajangam or “Maara”, played by Suriya, who sets out to make the common man fly and in the process takes on the world’s most capital intensive industry with the help of his family, friends and sheer will power.

The film was partly inspired by events from the life of Air Deccan founder Capt. G.R. Gopinath. It was among the ten Indian films to be screened under the Best Foreign Film category at the 78th Golden Globe Awards and was also sent for screening at the 93rd Academy Awards. ‘Soorarai Pottru’ made history by being the only Indian film to be ranked third on IMDb highest rated films list, with a rating of 9.1, only behind two legendary films – Shawshank Redemption (1994) and The Godfather (1972). While the casting for the Hindi remake is yet to be finalised, the director of the original, Sudha Kongara, will be directing the Hindi remake as well. Vikram Malhotra led Abundantia Entertainment and 2D Entertainment led by Suriya, Jyotika Sadanah and Rajsekar Pandian will be partnering on the Hindi film.

A brainchild of actor Suriya, 2D Entertainment believes in harnessing the power of great stories to touch people’s lives, besides entertaining them. Their diverse range of films such as 36 Vayathinile, 24, Ponmagal Vandhal, Kadaikutty Singam, Magalir Mattum and of course Soorarai Pottru echo this sentiment. Truly aligned creative sensibilities and passion for films make this first-of-a-kind partnership between the production houses a match-made in heaven.

Abundantia Entertainment constantly endeavours to be audience-focused in its approach to tell inspiring and impactful stories. Their films, much like the recently released Vidya Balan starrer Sherni, Shakuntala Devi, Airlift or Toilet: Ek Prem Katha have always been realistic and impactful in their themes. ‘Soorarai Pottru’ is a film that reflects a similar spirit and essence, hence making it a great and interesting choice for a Hindi remake by the production house.

Capt G.R. Gopinath, the founder of Air Deccan, the inspiration for the film, expressed his excitement at the story now to be told in Hindi, “When Sudha first came to me with the idea of telling the story of my journey, I instantly agreed because of the sincerity with which she wanted to make the film as well as about the possibility of my journey inspiring young entrepreneurs, especially from rural towns and villages with meagre resources to chase their dreams and passions. I have been overwhelmed with the response to Soorarai Pottru and now eagerly look forward to the film’s Hindi adaptation”.

Actor-producer and founder of 2D Entertainment, Suriya says, “The love and appreciation that was showered on Soorarai Pottru were unprecedented! From the minute I first heard this story I felt this had to be a pan India film because the soul of it is such. It gives me immense pleasure to partner with Abundantia Entertainment, who have always made quality content, to tell the inspiring story of Captain Gopinath in Hindi.”

Vikram Malhotra, Founder, and CEO of Abundantia Entertainment speak of the alliance with 2D Entertainment and of the Hindi remake, “Stories that leave an everlasting impact on the audience interest us the most at Abundantia Entertainment and our films have always strived to do more than just entertain the fans. We are excited to partner with Suriya, Jyotika and Rajsekar to bring the magic of ‘Soorarai Pottru’ to a newer and larger audience in Hindi and hope to continue delighting our fans with high-quality content. I am also thrilled to work with Sudha who we rate as one of the finest filmmakers in the country and can’t wait for her to take this story to fans of her work across the globe”.

Director Sudha Kongara adds, “I was instantly drawn to the story of Soorarai Pottru, the story of Captain Gopinath, an adventurous maverick and an inspiring entrepreneur who epitomised the New India of the 90s. I’m grateful for all the love we have received so far and look forward to telling this unique and amazing story in Hindi. I hope this official Hindi remake also gets the same love as the original”.

Sudha is presently at work with a set of writers in scripting the Hindi adaptation.

WATCH: KGF Actor Yash enjoying with his daughter at Home