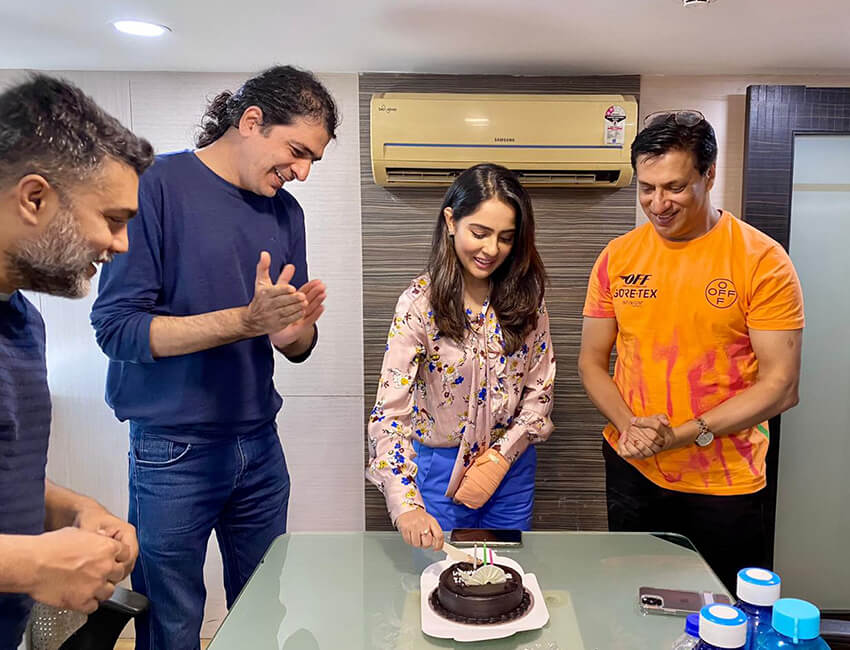 Actor Malvi Malhotra, who is still recovering from the physical and mental trauma after being stabbed by a man last year in Mumbai, says that filmmaker Madhur Bhandarkar has extended support and promised to work with her in one of his upcoming projects.

Actor Malvi Malhotra, who recently visited filmmaker Madhur Bhandarkar’s office is touched by his gesture aimed at providing her moral support. For the uninitiated, in October last year, Malhotra was stabbed by a man after she turned down his marriage proposal. While the accused is in judicial custody, she’s still recuperating from the physical and mental trauma.

About her meeting with Bhandarkar, the actor tells us, “Madhur sir isn’t just an amazing director but also a wonderful human being. He has been checking on me since the beginning. Recently, he called me to his office saying he wanted to discuss something. Upon reaching, I saw his staff was also present and they made me cut a cake that had ‘Brave Malvi, stay strong’, written on it. Sir and his team wanted to cheer me up.”

She even shares that they might collaborate on a project soon, however, she won’t be a part of Bhandarkar’s upcoming Bollywood project, India Lockdown.

“I haven’t healed completely and my doctor has asked me to avoid outdoor shoots for at least two more months. So, I won’t be able start anything immediately. And Madhur sir is starting India Lockdown this month. I might work on his next project and to be able to work with him will be a dream come true,” she adds.

However, Malhotra feels upset that some people think this (stabbing) incident has actually worked in her favour professionally.

“Every time I talk about the incident, I relive the trauma again. The incident has scarred me for life. Now, when I step out, I don’t move around freely and am more alert. No one wants to live through something like this to become popular. And no one is going to give me work out of sympathy or because I was stabbed. I’ll have to prove myself, give auditions to land a project,” she shares. Once fully recovered and stable, Malhotra will start her outdoor shoot for Tamil film alongside Chetan Chandra. Meanwhile, she is auditioning for TV and web projects.