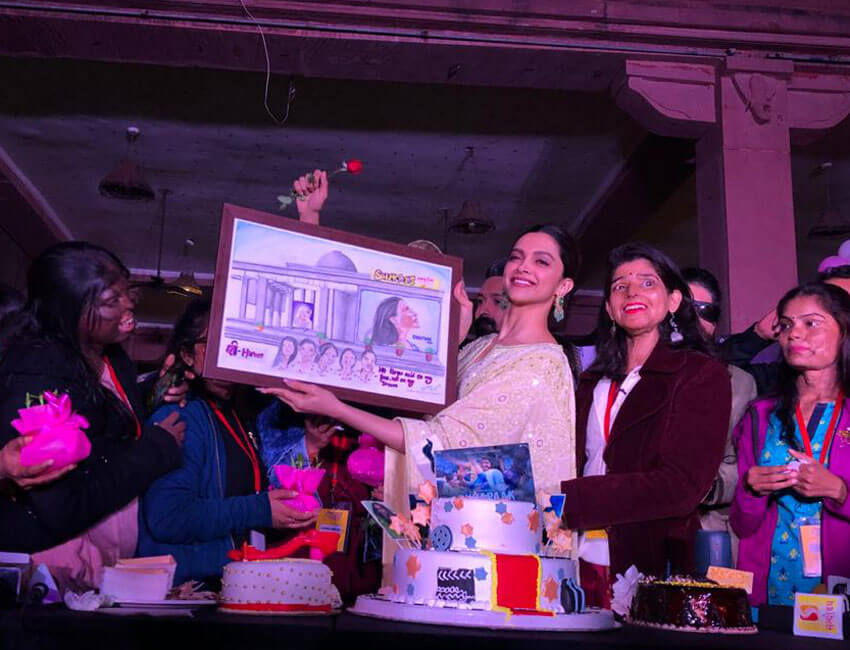 On a promotional spree, team Chhapaak including the lead actors Deepika Padukone, Vikrant Massey, and director Meghna Gulzar was in New Delhi where they met the acid attack survivors. Also, the present was Laxmi Agarwal on whose life the story of Chhapaak is based. Deepika Padukone essays the character of Malti, inspired by Laxmi Agarwal.

Also Read:  The latest posters from Chhapaak starring Deepika Padukone as Malti are out!

Deepika Padukone starrer Chhapaak is a tale of hope and triumph which is all set to unfold soon. While the trailer of the film has garnered a positive response, all the campaigns (Ab Ladna Hai) and motivational videos (Muh Dikhai 2.0) based on the film have also been appreciated by the audience.

Malang is all about romance, mystery, and lots of drama. Watch the trailer Now