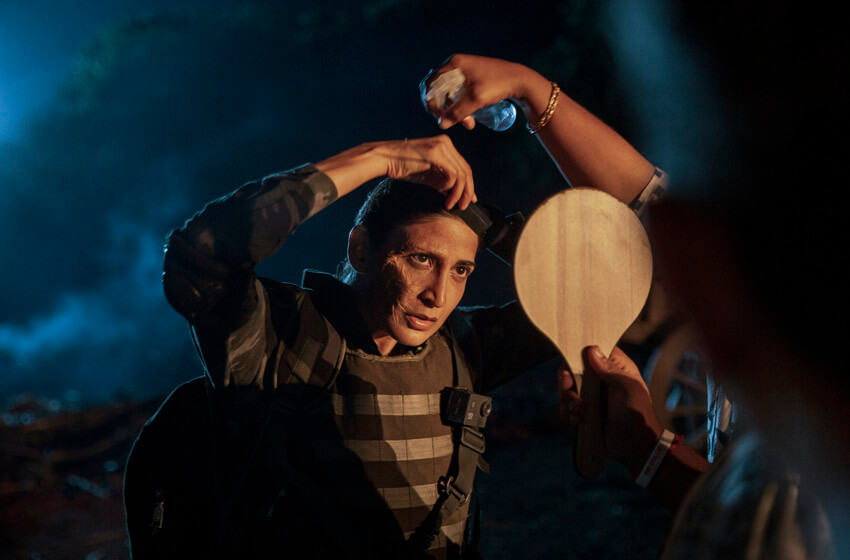 Actress Aahana Kumra, who started doing theater workshops at the age of 14, has been a part of several plays. She made her debut alongside Amitabh Bachchan in TV series ‘Yudh’ in 2014. She rose to fame with a pivotal role in black-comedy ‘Lipstick Under My Burkha’. Since then, she has been a part of multiple web-series and has also portrayed Priyanka Gandhi in ‘The Accidental Prime Minister’

Aahana is known to take-up bold, versatile roles. She will be seen next in Netflix’s ‘Betaal’ directed by Patrick Graham and Nikhil Mahajan where she plays the role of DC Ahluwalia, a brave, tough, and moral member of the Baaz Squad. The trailer was released recently and it guarantees a gripping battle that will keep you hooked, while exploring age-old secrets and ideologies that live to this day. It has also left us asking multiple questions about the scar on Aahana’s face.

ALSO READ: Manjiri Pupala gets candid about her role in Betaal!

Rebecca, who designed the prosthetics for Aahana’s scar was all praise for her. She said, “Aahana is a brilliant actress and she was fantastic wearing this prosthetic. It’s her first time in a prosthetic piece and she really wore it as if it was her own skin and she was so patient sitting in the makeup chair too.” She also mentioned that since her character is mainly seen in a high-neck army jacket, they had to come up with a place for her scar in a way it didn’t interfere with the costume. Thus, it ended up on her cheek.

“I was both terrified and excited by the idea of wearing a prosthetic piece since I’ve never done it before. The scar is so central to Ahlu’s character. It speaks volumes about her, it makes you realise that there is a lot more to Ahlu’s story than meets the eye. She has had a difficult past and has not yet lost hope. She is super tough!” commented Aahana Kumra.