The trailer of SS Rajamouli’s RRR is an intense, raw and intriguing ride 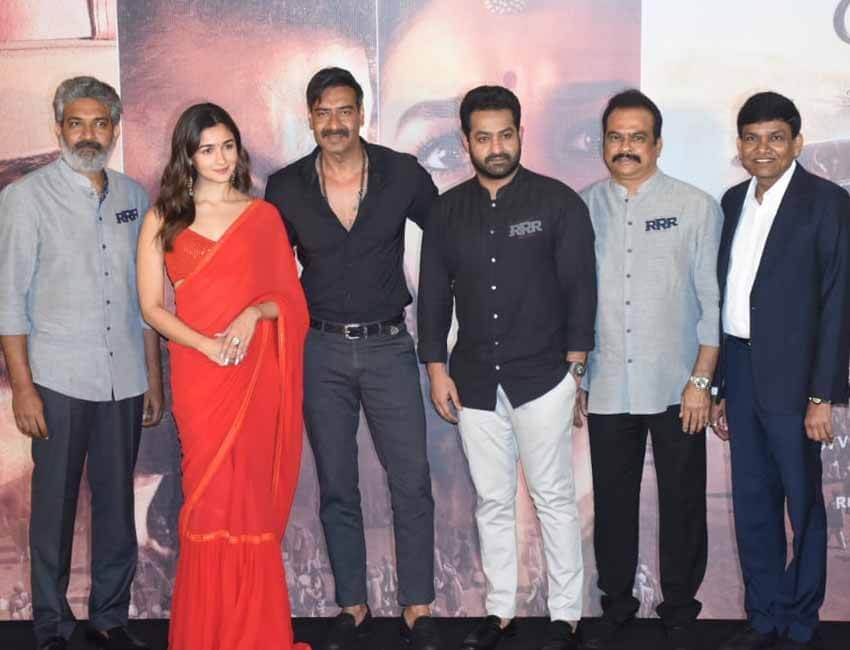 After a long wait, the makers of SS Rajamouli‘s much anticipated star-studded period action drama ‘RRR‘ have unveiled the trailer of the film, adding much delight to the audiences. The excitement around the iconic spectacle featuring Jr. NTR, Ajay Devgan, Ram Charan, and Alia Bhatt, has increased many folds as it has been a subject of heated discussion ever since the film was announced.

Much like the previous assets of the film, the trailer showcased the changed avatars of the actors. Alia Bhatt, Ajay Devgan, Ram Charan, and Jr. NTR rippled the waves of everyone’s hearts as they roar on screen with their fierce and interesting roles. The picturesque locations, subtle cinematography, and patriotic sequences are truly unmatchable. It gives us a glimpse of the intriguing ride in-store and has built the anticipation further for the audiences wanting more.

The trailer launch was followed by a grand event in Mumbai.

‘RRR’ is a fictional story about two Indian revolutionaries, Alluri Sitarama Raju and Komaram Bheem, who fought against the British Raj and Nizam of Hyderabad respectively. Apart from this, there are many details that are not revealed, like Ajay and Alia’s character for starters, even the song Janani doesn’t give out a clear picture about the film or their characters.

As the story is going to be emotional yet filled with a lot of action and drama and plus the scale it has been made is so huge that the makers want the audiences to enjoy the visuals in the theater. RRR includes a star-studded lineup besides lead actors Ram Charan and Jr. NTR. Ajay Devgan, Alia Bhatt, Olivia Morris will be seen in pivotal roles while Samuthirakani, Ray Stevenson, and Alison Doody join in as supporting roles.

Jayantilal Gada (PEN) has bagged the theatrical distribution rights across North India and has also bought worldwide electronic rights for all languages. Pen Marudhar will be distributing the film in the North Territory.

Tejasswi Prakash kills it with her different looks!

Jay Bhanushali and Mahi Vij having fun with their daughter, Tara!