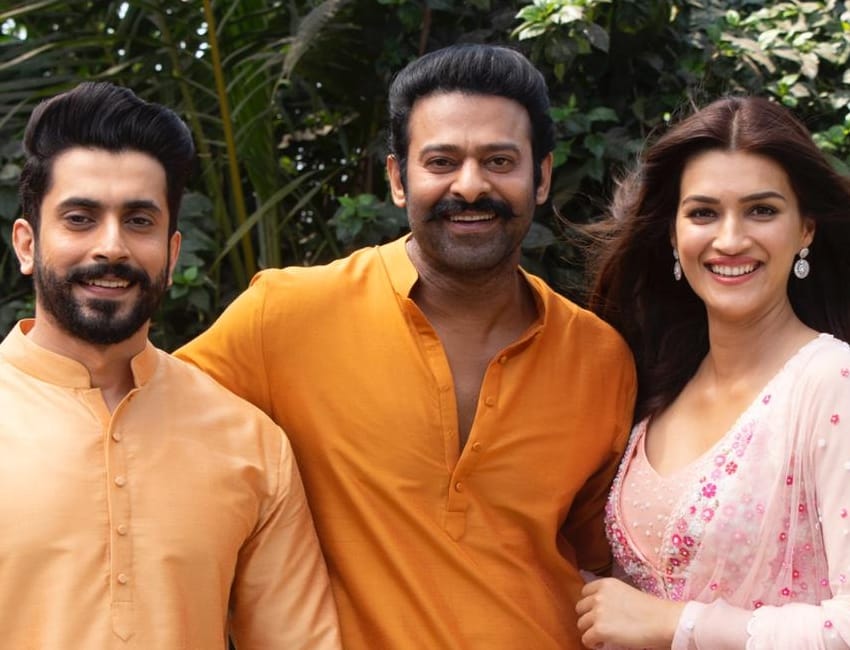 Director Om Raut’s Adipurush, produced by Bhushan Kumar’s T-Series and Retrophiles, starring Prabhas and Saif Ali Khan, is one announcement that broke all anticipation levels in the last few months.

What’s more, ever since Saif and Prabhas were revealed to lead the epic saga, there has been immense chatter about who the other principal cast would be. The wait is finally over as Kriti Sanon has been roped in to play the female lead opposite Prabhas, while Sunny Singh has been signed to essay his younger brother’s role in this epic historical.

While Prabhas and Saif’s casting for the male leads had already triggered a riot of emotions among the general public, the addition of Kriti and Sunny makes it a powerful quarter for sure.

Speaking on getting the power-packed ensemble cast on board, T-Series head honcho Bhushan Kumar says, “When Kriti heard the script she instantly agreed for the part. On the other hand, Sunny fits the character perfectly. I am happy to have them on board.”

Director Om Raut adds, “When I was casting for the female lead, I needed an actress who not only has an amazing screen presence but more importantly, is also a great performer. Kriti was our obvious choice for the film. Sunny is a great actor and we’re sure he will impress viewers with his performance”.

Mounted on a mammoth scale, Adipurush is undoubtedly one of the biggest Indian films being planned in the coming year. Not just in terms of star power and stature, the movie’s makers are also attempting new technology with this project that will give audiences a never-seen-before experience. The film is currently on the floors and is being readied for a huge release next year.

The all new poster of ‘toofaan’ takes the excitement a notch higher!