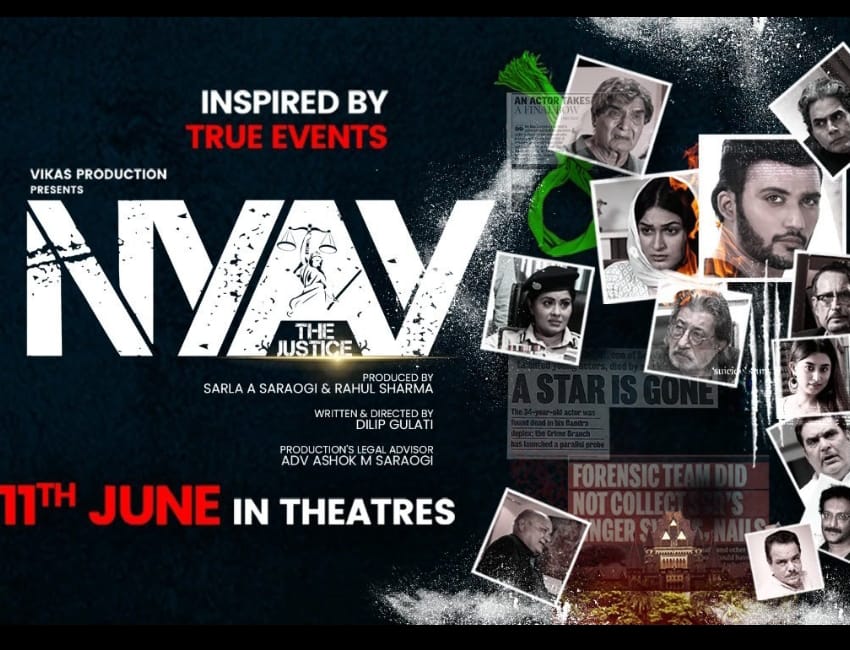 Also Read:- AKSHAYE KHANNA AND RAVEENA TANDON TO SHARE SCREEN FOR THE FIRST TIME AS RIVALS IN VIJAY GUTTE’S LEGACY

Nyaay: The Justice, which is inspired by the life of Sushant Singh Rajput, has wrapped up its final schedule in October 2020. It is slated to release on 11 June 2021, after initially being projected to release in April 2021.

The film revolves around a boy called Mahinder Singh who comes to tinsel town with the youthful innocence and exuberance associated with small towns. His sheer perseverance, dexterity and histrionics makes him earn the admiration of both critics and fans. His intellect, the choice of scripts not only makes him lock horns with the high and mighty but also a thorn in their flesh.