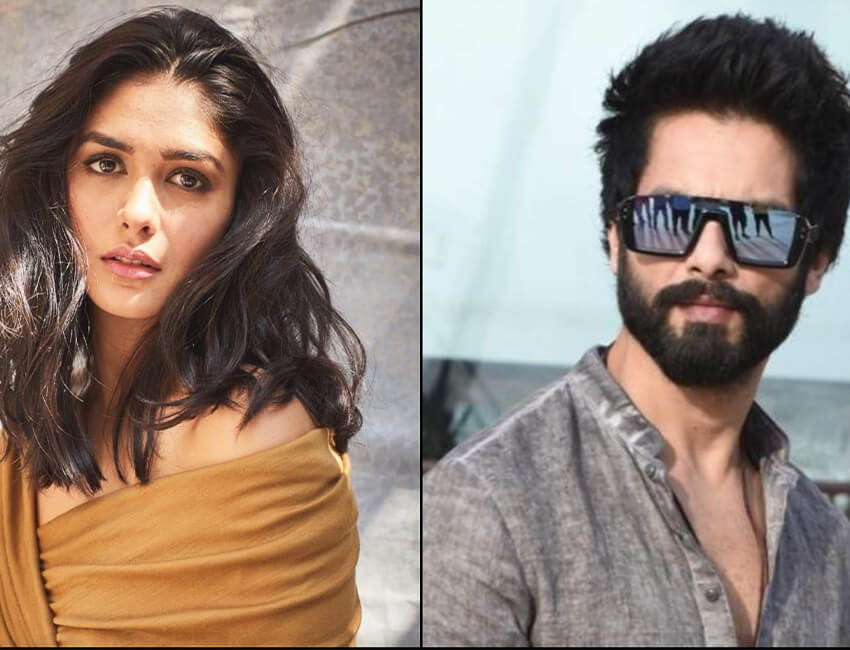 Also Watch:- The title for the upcoming Amazon Prime webseries of Shahid Kapoor is ‘Gavaar’ and it will be directed by Raj & DK!

Jersey is an upcoming Indian Hindi-language sports drama film directed by Gowtam Tinnanuri, a remake of his 2019 Telugu film of the same title. It stars Shahid Kapoor as a cricketer portrayed by Nani in the original version, besides Mrunal Thakur, Pankaj Kapur and an ensemble cast. The film is presented by Allu Aravind and produced by Aman Gill, Dil Raju.

The story is about a thirty six year old cricketer who stopped his cricketing career ten years ago, now aiming to play for Indian team. Later it was reported that Shahid Kapoor has been roped in to star as the lead actor while Shraddha Kapoor was considered for the female lead. In August 2019, it was confirmed that Tollywood actress Rashmika Mandanna will make her Hindi film debut with the film. After, Mandanna opted out of her role before it was announced that Mrunal Thakur has replaced her. Shahid’s father Pankaj Kapur was roped in to portray Coach Murthy.

Official announcement for the film Jersey was made in October 2019 and principal photography commenced in Chandigarh on 13 December 2019. It was scheduled to be theatrically released on 28 August 2020 before the COVID-19 pandemic delayed production. The film was wrapped up on 14 December 2020.