Bhuj: The Pride of India Preview 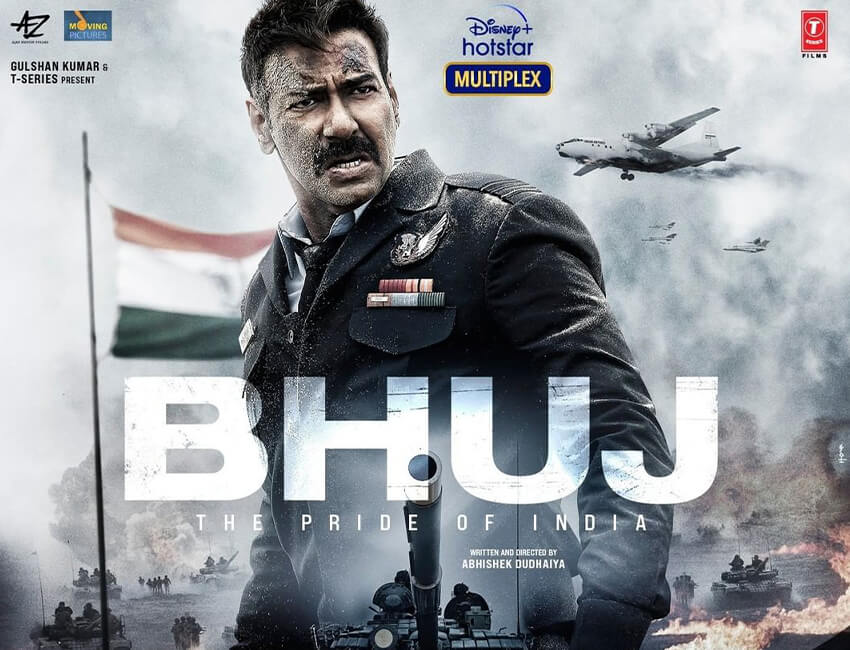 Bhuj: The Pride of India is an upcoming Indian Hindi-language war drama action film directed, co-produced and written by Abhishek Dudhaiya. Set during the Indo-Pakistani War of 1971, it is about the life of IAF Squadron Leader Vijay Karnik, the then in-charge of the Bhuj airport who, with his team, reconstructed the IAF airbase with the help of 300 women from the local village Madhapar. The film features Ajay Devgn as Karnik, along with Sanjay Dutt, Sonakshi Sinha, Nora Fatehi, Sharad Kelkar, Ammy Virk and Pranitha Subhash.

Parineeti Chopra was also signed to portray a spy in the film, but due to the film’s shooting dates clashing with her other film Saina, she opted out of the film in November 2019. Nora Fatehi was roped in as a replacement for Chopra in January 2020. Later in January, Daggubati exited the film citing health issues, and Sharad Kelkar replaced him.

After announcing the film on 19 March 2019, it was confirmed that the true incident shown in the film is one of India’s most fascinating war-related stories. Principal photography began in late June 2019, and it was shot in Hyderabad, Kutch, Bhopal, Indore, Lucknow, Mumbai and Kolkata. Due to the COVID-19 pandemic in India, the film is skipping theatrical release. On June 29, 2020, Ajay Devgn announced that the film will release on Disney+ Hotstar exclusively in late 2020 as a result of theatre closures due to the COVID-19 pandemic in India. However, the release was postponed to avoid competition with the 2020 Indian Premier League.

Don’t Miss:- Kajol shares the message on the benefits of Home Quarantine