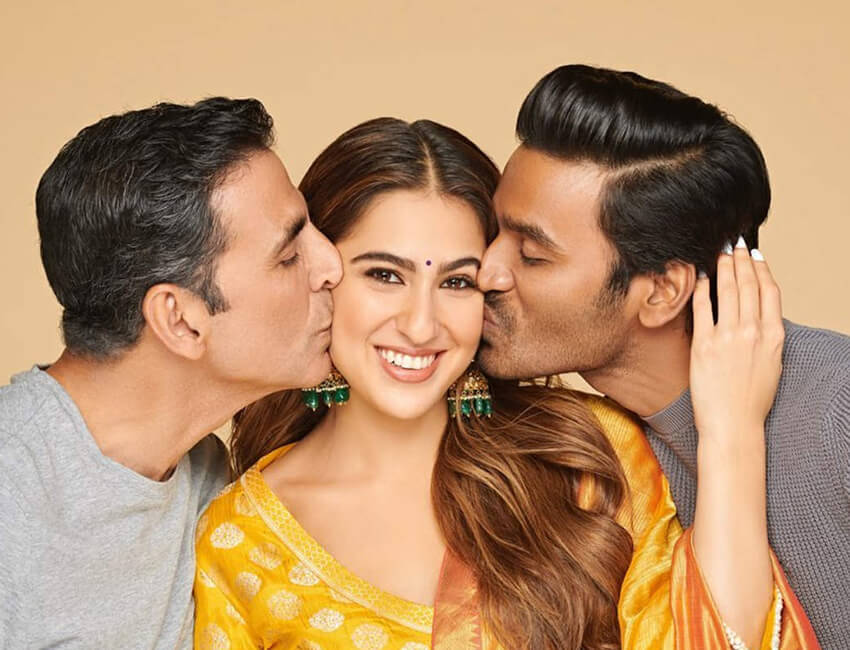 Atrangi Re is an upcoming Indian romantic drama film directed by Aanand L. Rai, which stars Akshay Kumar, Dhanush and Sara Ali Khan. Khan appears in dual roles for the very first time in her career. The movie is produced under the studios T-Series, Colour Yellow Productions, and Cape of Good Films. It is Dhanush’s third Hindi film. The music is composed by A. R. Rahman.

This time Sara will be seen romancing the two actors, Akshay and Dhanush, in two timelines. Atrangi Re is primarily a love story set in the heartland, laced with humour, the storytelling is in a zone the filmmaker has not attempted before. The screenplay follows a non-linear narrative of two romances from different timelines running in the parallel. Anand L Rai’s Atrangi Re is a cross-cultural love story set in Bihar and Madurai. While Sara plays a girl from Bihar, Dhanush will be seen as a guy from Madurai.