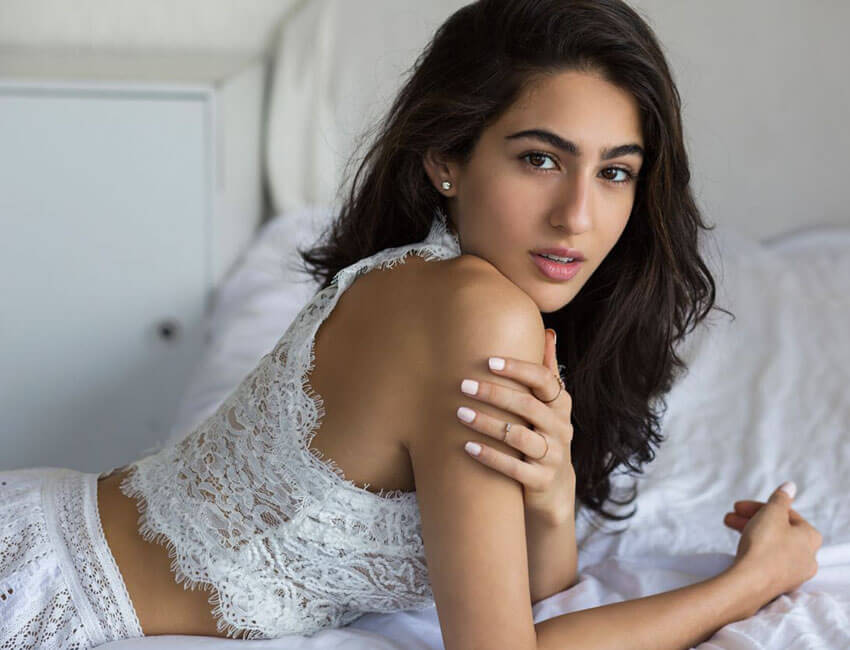 Known for her diligence, indomitable spirit and speaking her mind, Sara Ali Khan is currently seen dwindling between different sets or attires to promote her upcoming movie Love Aaj Kal. Having said that, Sara was recently invited to a youth summit where she spoke about life’s metamorphosis, fitness, empowerment and much more.

Sara’s infuriate confidence and honesty were evident in her talk and she spoke so well that the crowd couldn’t stop wooting. Talking about her journey she said, “I remember saying you know what I am going to do it and I went to the gym and I did 3 crunches with a weighted ball in my hand and I couldn’t do more because I was heavy and I was not fit and I left the gym and I came home and I said that you know what, I don’t know if I can do this.”

She further added, “Maybe I cant and I woke up the next day and I went back to the gym and I did 4 crunches and then I did 5 and then I did 6 and I really don’t need to boast but I am down for a crunch challenge right now. I did a lot of abs this morning.”

The actress has brought every character that she has played to life and the accolades that she has received reflect that which also shows the success that she has garnered for herself ever since the debut.

Sara Ali Khan is the youth icon and is constantly the talk of the town with her immense talent and how she has made an irreplaceable place in the industry for herself with her acting skills and is in demand by the audiences for the same. The audiences want to see Sara playing more characters to see her versatility as an actress.

On the work front, Bollywood’s buzz girl Sara will be seen in Imtiaz Ali ‘s romantic flick alongside Kartik Aaryan and with Varun Dhawan in ‘Coolie No.1’, respectively. With a trail of promising projects, both the films are slated to release next year. Sara would also be seen in Atrangi Yaari along with Akshay Kumar and Dhanush. Ever since the announcement, the fans are waiting to see the trio on screen.