Sonam Kapoor unveils the cover of Rakeysh Omprakash Mehra’s debut book, ‘The Stranger In The Mirror’ 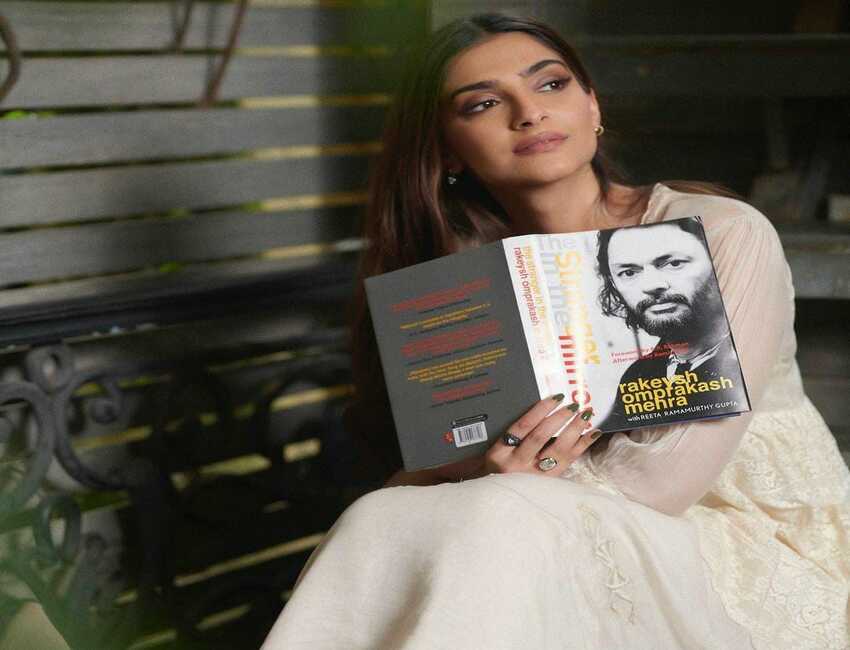 Rakeysh Omprakash Mehra is a name that’s associated with some of the finest pieces of craft that Bollywood has witnessed in the past few years. The multi-faceted writer-director who has given the industry films like ‘Rang De Basanti’, ‘Delhi 6’, and ‘Bhaag Milkha Bhaag’ alongside many others is now gearing up for the launch of his autobiography, The Stranger In The Mirror the cover of which has now been unveiled by Sonam Kapoor.

The autobiography’s foreword has been given by by A.R. Rahman with whom the director has collaborated in two films ‘Rang De Basnati’ and ‘Delhi 6’. The afterword of the book has been given by Aamir Khan with whom he worked in the superhit film ‘Rang De Basanti. Sonam and Rakeysh collaborated for the critically acclaimed film ‘Delhi 6’ and ‘Bhaag Milkha Bhaag’. The actress has now taken to her social media handle to unveil her former director’s cover of the book. The caption of her post read, “FIRST LOOK’

Mehra is a great mentor for any actor in the industry. To see his zeal and vision translate onto the screen is truly magical! He’s now sharing his vision and journey with everyone through #TheStrangerInTheMirror.

Though it may seem natural for an autobiography to have a primary narrator, what makes this book truly unique is its many narrators. It is this multi-dimensional, multi-character narration that will enable readers to delve deep and truly understand what it means to be as unselfish as Mehra, a man who gleefully steps back and lets the experts do their job.

The book can be pre-ordered starting 20th July and the book will be made available all over India on 27th July. Make sure to get a copy of the book to get an insight into the minds of one of the best director-writers of recent times.