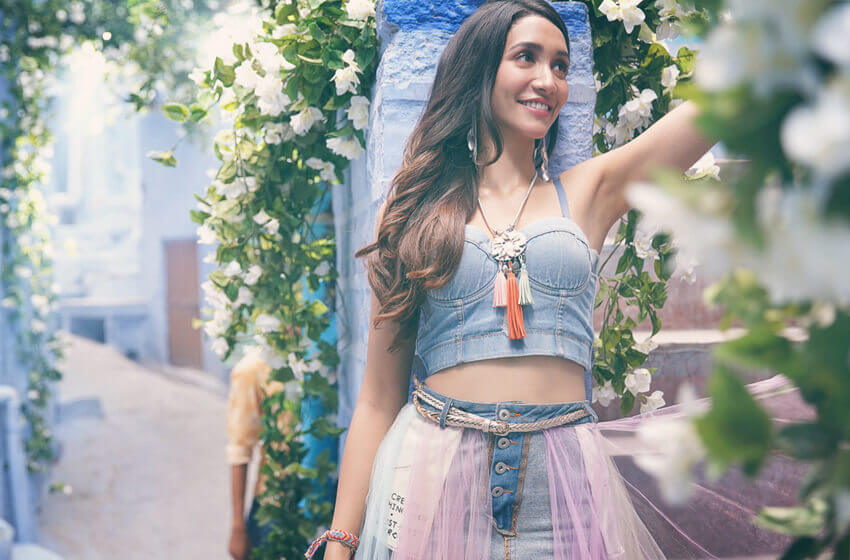 The newbie Shreya Chaudhry who recently made her debut with the widely acclaimed series ‘Bandish Bandits’ has created a storm in the industry with her stellar performance and brilliant acting skills. The versatile actor who has been praised for her character as Tamanna Sharma is leaving no stone unturned to make a mark in the world of entertainment! Her awe-inspiring aura and beauty make her a force to reckon with!

We all have heard it and know that everything changes with time, but a diamond keeps shining; Well, this diamond is here to stay! Shreya Chaudhry, post her stint in Bandish Bandits is all set to make path-breaking appearances, with the recent one being a popular Jewellery brand she was a part of. While the theme of the campaign this year celebrates women’s timelessness and their individuality, it also alludes to the changes that have occurred in everyone’s life and motivates them to celebrate success. Shreya Chaudhry being the face of this campaign sets a perfect example in celebrating success! She has proven that it’s your hard work and talent which will enable you to reach the pinnacle of success, be it even after your first appearance on the big screen.

Talking about the same, with a smile on her face, Shreya Chaudhry mentions, “Bandish Bandits has been the perfect show for my debut in the OTT space! I am overwhelmed with the responses. I have been receiving collaborations and offers which are giving me a chance to showcase the real me, just like the Jewellery brand. It feels great to be welcomed with so much love and affection and I hope the audience continues to do so.”