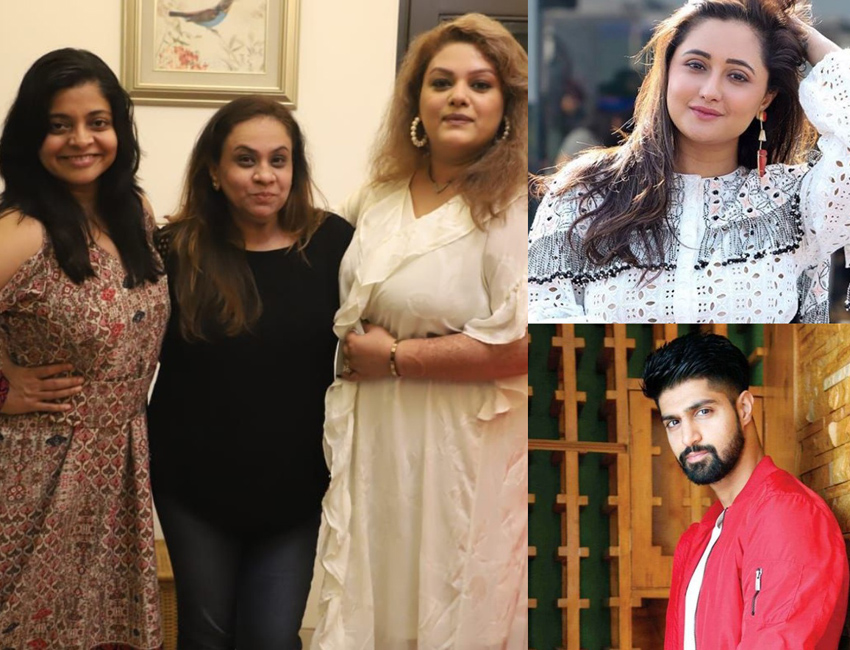 Producer Nivedita Basu’s new web series Tandoor, starring Rashami Desai and Tanuj Virwani, has become the talk of the town after its all-women production team has come to light. The web series has been helmed by three women, Nivedita, Chitra Vakil Kapoor, and Chandni Soni. Talking about working with her dream-team, Nivedita says, “Chitra is an old friend of mine. Her sister and I go back to college days, she wanted to switch her profession and who better to do it with than your friends.

So, when her sister Rohini told me that she wanted to get into it, I just pushed her and said, ‘You have to do it,’ and the rest is history. Chandni came on board our partner as she happens to be Chitra’s friend and she said, ‘Let’s all do it’. I thought it was a great idea because with Ekta (Kapoor) also, it was women who worked together and I had all-women producer team in my mind,” says Nivedita, who has is known for her stint with Ekta Kapoor’s Balaji Telefilms, where she worked on projects such as Kasautii Zindagii Kay and Kyunki Saas Bhi Kabhi Bahu Thi. Nivedita has made a name for herself with independent work too with her shows Meri Awaaz Hi Pehchaan Hai and Ek Vivah Aisa Bhi.

She adds, “Whether it’s women or men, whoever comes on board to work together, their mindset needs to be clear. No one needs to not have that insecurity ki usko zadaa credit mila. There was no clash of opinions as our work was separate. Chandni was the funding partner, Chitra was into production, while I did the creative and direction. I also overlooked production because it was a first for Chitra. I think we managed quite well so much so that we are looking at working together in the future too.”

The producer-director is very satisfied with how Tandoor turned out. “For a hard-hitting subject like Tandoor, having a woman director was something that people were not expecting because it is a little gory and a real-life incident and stuff like that. But I think my angle really helped. I had researched the subject, coming from Delhi. I feel a woman’s angle really helps in layering the subject, apart from the action and the dynamic of the scene. I would give a woman credit for that. I would give myself also credit because I think I did add little more than what was there in the script,” she says.

Also Read:- Ekta Kapoor bags not one but two awards at a recent awards function, check it out

Nivedita says that women can multitask, which will always work in their favour. “Women multitask, women are not single individuals, they are mothers, daughters, sisters, grandmothers, they do all of that while they make a career for themselves, while they make money, while they take care of the home…There is no doubt that women are multitaskers and I think that’s why women make good workers too because they try to put that same effect in work as well,” she says.

She has plans of working with an all-women team soon. “I am hoping that we can work with more and more women in the future and have an all-women project very soon. That’s something we are looking forward to where from the DOP to the editor to the production designer, everyone will be a girl, so let’s hope that we achieve that soon,” she says.