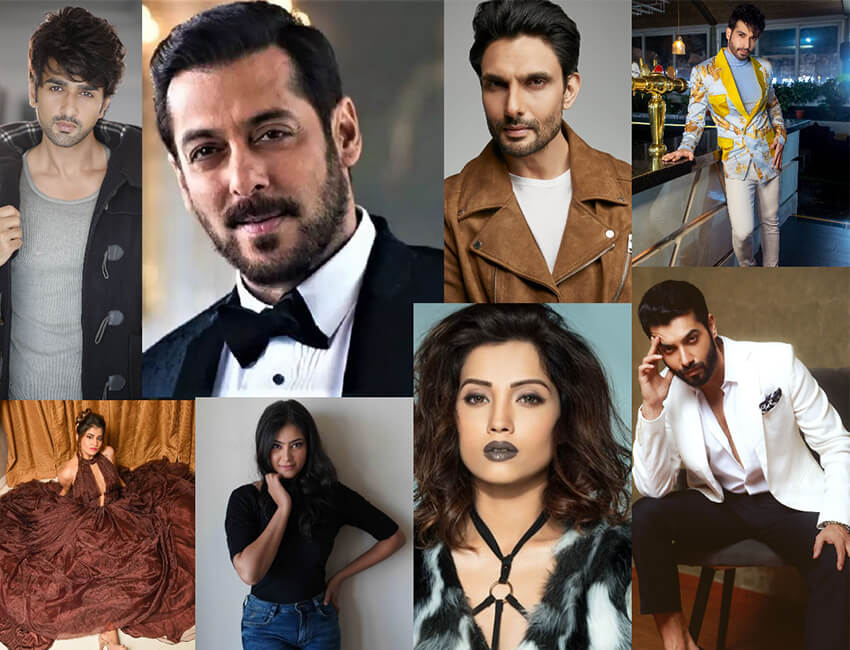 Superstar Salman Khan is celebrating his birthday on the 27th December, at 55 years, he is fit and his charisma is still intact! Actors talk about the legendary star and his marriage!

Sharad Malhotra: Salman Khan is the best actor in the industry and I want to wish him a very happy birthday. There is so much to learn from the star. As far as his marriage goes, I think he will break a million hearts if he gets married, so maybe he shouldn’t!

Rajshri Rani: I have always been a huge Salman Khan fan. I love how he conducts himself, how he acts, how he hosts Bigg Boss, his films, his interviews, basically everything about him. I really wish he finds his dream partner soon and gets hitched!

Nishant Singh Malkhani: I respect Salman Khan so much. Interacting with him in Bigg Boss has been the best experiences of my life and I will always cherish it. As far as his marriage goes, I feel it’s completely his choice. Obviously, when he finds the right partner, he will get married.

Amal Sehrawat: Salman Khan is an amazing, charismatic person. His looks, his personality, his thought process and of course his stardom are larger-than-life. I think, overall, it makes for a fantastic combination. I am impressed by his charisma and I think he should get married if he is ready to get married as it is absolutely his personal choice.

Vijayendra Kumeria: Salman Khan has maintained himself so well that he can give a run to all the youngsters in the business. He is one of the busiest stars and still finds time to keep fit. If you ask me, my comments on him still being single are that it’s his life, he will take a call. Who are we to comment? Here’s wishing him a very happy birthday and may he stay blessed.

Adaa Khan: Salman Khan is one of my favourite actors and I love his performances so much. I hope he continues to entertain us for many more years. this is my birthday wish for him. As far as his marriage goes, I am also curious to know the kind of girl he chooses to get married to.

Subuhii Joshi: Salman Khan is such a big superstar and I wish him all the success in the world. I hope he continues to look this dashing for many more years. I hope that he gets married soon and to the girl of his dreams.