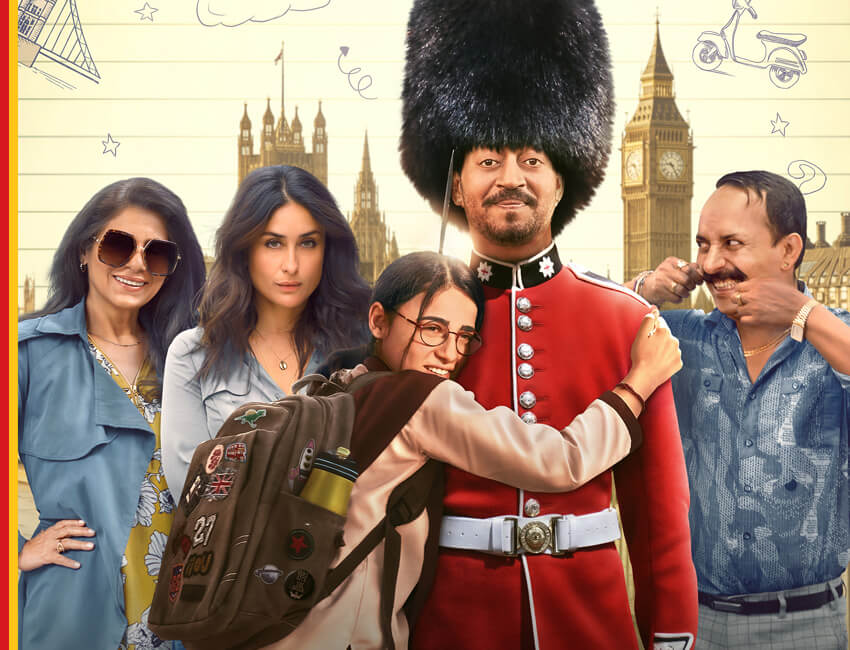 Ever since Angrezi Medium was announced people have waited with bated breath for the trailer and boy it has been loved by all garnering 18 million views within 24 hours. Starring Irrfan, Kareena Kapoor, Radhika Madan, and Deepak Dobriyal, the film revolves around the unconditional love between father and daughter. Directed by Homi Adajania, we list down five reasons why the film is a must-watch.

1. Special film for Irrfan
It’s time for Angrezi Medium, with Irrfan coming back to the big screen to entertain and enlighten us with his buoyant performances. The trailer showcases why he is one of the finest actors in the industry. Irrfan essays the role of a father who is ready to go to any length to fulfill his daughter’s dream. His comic timing is impeccable and the emotion sequences tug your heart.

2. Directed by Homi Adajania
Homi Adajania is known for his sensible film making, whether it’s Being Cyrus or the rom-com Cocktail. Once again Adajania proves he is an ace director when it comes to showcasing relationships on the big screen. The filmmaker has assembled a solid ensemble in what seems to be another vital film for us as the audience.

3.  Father and Daughter relationship
The major part of the film revolves around the relationship between a father and a daughter. Radhika Madan dreams of pursuing her higher studies in London and her father Irrfan leaves no stone in fulfilling her dream. The trailer portrays Irrfan’s struggle and the conflicts he faces with his daughter and we are sure this film is going to be a new benchmark for father-daughter films.

4.  Radhika Madan and Deepak Dobriyal
Radhika Madan has proved that she is a talent to reckon with and her efforts are completely visible in the trailer. Apart from Radhika, Deepak Dobriyal essays a crucial role in the film. He plays Irrfan’s frenemy. Both fight over the originality of the sweet shop which they run yet he accompanies Irrfan to London to accomplish Radhika’s dream. The comic timing of both Irrfan and Deepak has been on point.

5. Irrfan – Kareena Combination
Irrfan and Kareena both have worked in various films before this but for the first time, they will be seen together. This is one pair in which audiences have been waiting for a long time and judging by the trailer their on-screen chemistry has been loved by the audience.