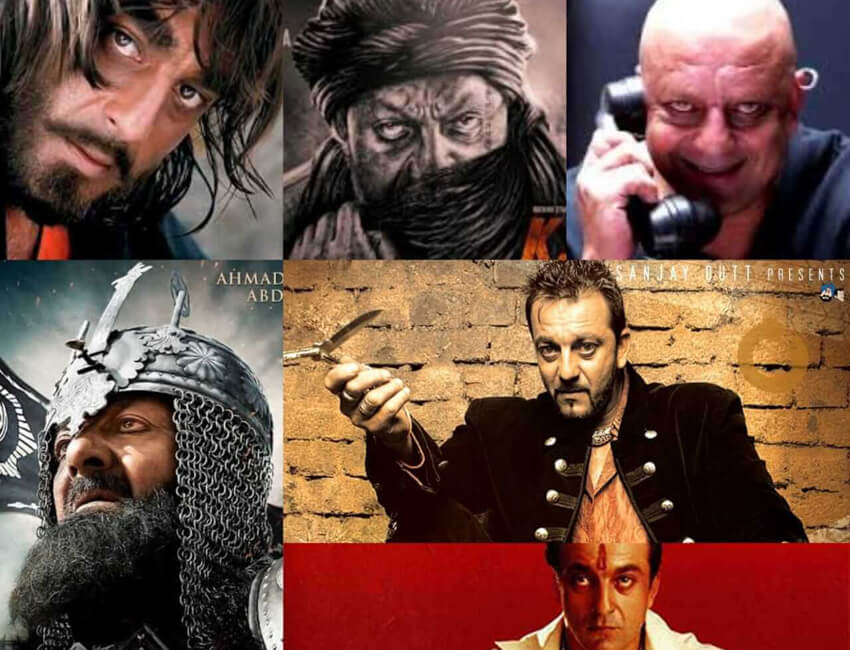 In the film Khalnayak , Sanjay Dutt portrayed the role of a good-hearted bad boy who escaped from jail. It was one of the commendable roles that he has played. His acting skills were appreciated by the audience and his fans actually called the actor Khalnayak after his memorable role.

Secondly, the actor played the role of Raghu as a top underworld hitman with this role Sanjay Dutt changed the perception of the villains amongst the audience. His facial expressions, the way of speaking, the entire persona of Raghu made him one of the best antagonists.

The third character is ‘Billa‘ in the film Musafir. The actor not aced the character but also won the audience with his newest negative avatar.

Lastly, the character of Kancha Cheena in Agneepath, Sanjay Dutt played the central negative character. He is mean, is cruel and well-styled to look menacing. He effortlessly pulled off his character with great efficiency and this famous dialogue was all over the internet, “Tum kya leke aaye the, aur kya leke jaaoge. Rahejaye sirf ek insaan, sarva shakthi shali, sarva shaktimaan “

And now the character of Ahmad Shah Abdali in Panipat. His fierce and menacing expression with a full-grown beard has taken adds to his character perfectly. The audiences are all eager to witness the actor on a big screen.

The trailer of ‘Panipat‘ trailer was recently released and Ahmad Shah Abdali has already garnered immense appreciation from his fans.

The poster release of KGF 2 sees Dutt playing a dangerous character in a grand get up with an equally heavy name. Whereas he also will be essaying the role of Afghan King Ahmad Shah Durrani in Ashutosh Gowarikar‘s upcoming saga, Panipat, which is a movie based on the third battle of Panipat.