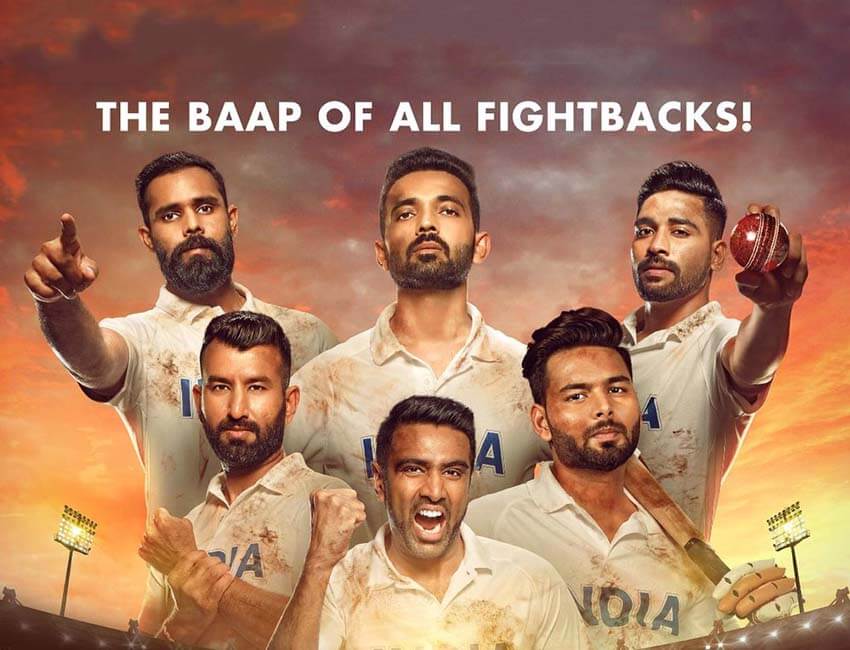 A country with diverse culture and traditions, India also boasts of some of the greatest sports icons who hold the baton high and make the country proud! Legends like PT Usha, Milkha Singh, Sachin Tendulkar, Mary Kom, Mahesh Bhupati, Sania Mirza, Kapil Dev, PV Sindhu, Sunil Chetri, Dhyan Chand, and Neeraj Chopra, have played a significant role in making India shine globally. Owing to this popularity, and their tremendous contribution to Indian sports, over the years, the glorious life journeys of some of these celebrated sports personalities have been portrayed beautifully by Indian filmmakers in the form of biopics, documentaries, and docuseries.

Read on to find out the 5 best movies and series that pay homage to the most iconic sporting champions of India:

‘Sachin – A Billion Dreams is a feature-length documentary film that is based on the life of the ‘God of Cricket’, Sachin Tendulkar. Shot in English, Hindi, and Marathi languages simultaneously, the sports documentary is directed by critically acclaimed British Filmmaker James Erskine. Sachin – A Billion Dreams delves into the unrivaled cricketing journey of Sachin Tendulkar, from his childhood and early years of his career to his first World Cup victory. The 2017 documentary also taps into some lesser-known facts of his life, which is definitely a treat for his ardent fans out there!

Directed by Neeraj Pandey, ‘Bandon Mein Tha Dum’ is a special event series that is slated to stream exclusively on Voot Select from 16th June 2022. The four-part special event series follows the peaks and troughs of the Indian national cricket team on their historic 2020/21 tour of Australia. Bandon Mein Tha Dum pays a tribute to a young Team India that led to the stunning defeat of the world’s most feared cricket team – Australia. Featuring Ajinkya Rahane, Ravichandran Ashwin, Cheteshwar Pujara, Mohammed Siraj, Hanuma Vihari, and Washington Sundar, this Neeraj Pandey directorial celebrates the courage, dedication, and hard work of Indian cricketers towards winning the ’Border-Gavaskar Trophy’.

Starring global icon Priyanka Chopra Jonas in the titular role, ‘Mary Kom’ is a biographical sports film that is based on the life of the eponymous Indian boxer. Alongside Priyanka, this Omung Kumar directorial also stars Darshan Kumar and Sunil Thapa in supporting roles. The blockbuster 2013 film depicts the hardships that Mary Kom had to navigate as a boxer before winning at the 2008 World Championships held in Ningbo.