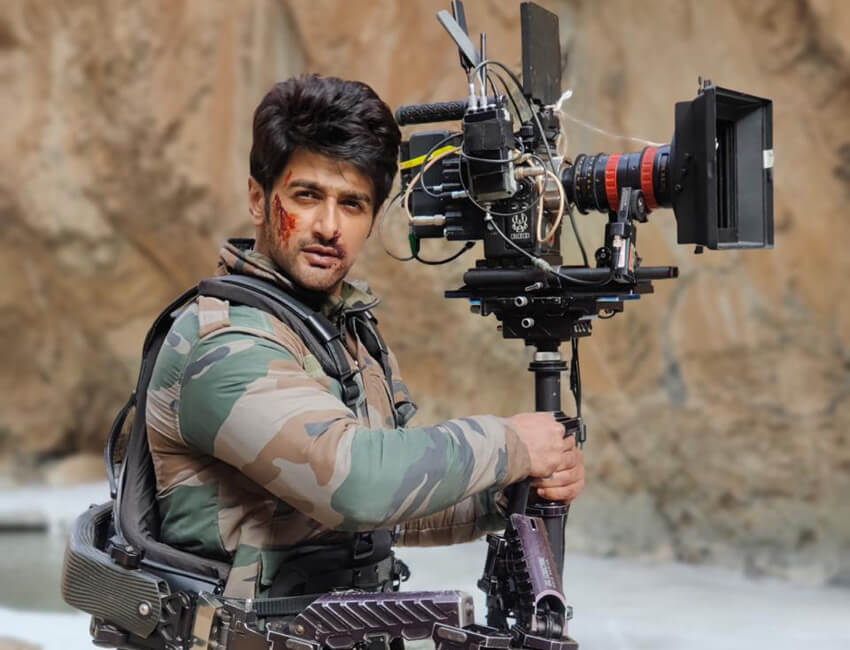 Actor Nishant Singh Malkhani has completed his shooting in Kargil for his debut digital film L.A.C. – Live The Battle, directed by Nitin Kumar Gupta. Once during the shoot, the actor, who is now back in Mumbai after finishing his Kargil schedule, decided to step behind the camera for a scene and don the DOP’s hat! “The scene that we were shooting was a war, battle scene. We were done with my shot. We were shooting the enemies shot. So, for that, the Steadicam team wanted me to wear the camera and shoot one scene. We did one shot like that. It was a brilliant experience,” he says.

However, the actor admits that it is quite challenging. “Wearing the whole system was amazing but it is extremely heavy. The overall weight of the entire set up is around 60 kg. After wearing it, in 4-5 minutes, your lower back starts hurting like hell. But I must say that the Steadicam operators have earned my respect now. I have worn it and seen how difficult to operate it. But the kind of shots that you get are brilliant. I shot a fight scene and it came out brilliantly, the shot will be put in the film as well! It was an experience I will never forget. I can say that I have stepped into the DOP’s shoes also in my career and you never know where it leads me!” he says.